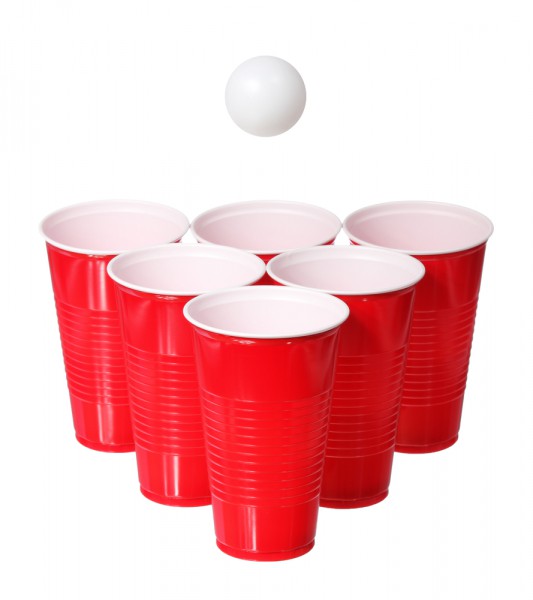 I don't drink alcohol now, but I did many years ago in high school and college. For whatever reason, both young and older adults like to enhance their drinking with games. Quite frankly, drinking can be dangerous, and lead to foolish decisions, so making it into a competitive sport is probably not a great idea, regardless of how fun it is.

Beer pong is probably the most popular drinking-based game, and I can understand the allure. Your goal is to throw ping pong balls into cups of beer, in an attempt to get drunk. Believe it or not, there are even professional players that earn real money at tournaments. Today, the entire beer pong community has been rocked; this year at CES a robot called VERSABALL will be challenging humans in the game. Are human competitors in danger?

"On January 6th at 3 PM PST Empire Robotics in conjunction with BPONG.COM, the leading organization for professional beer pong and organizers of The World Series of Beer Pong, will hold a beer pong competition between VERSABALL and the newly crowned winners of BPONG’s The World Series of Beer Pong. The two groups will face off in a man versus machine showdown", says Empire Robotics.

The company further says, "the game demonstrates the VERSABALL's ability to handle delicate objects and produce precise grip and release performance to consistently shoot the ping pong ball seven feet into a small plastic cup. This performance results from years of research and development in jamming technology, the foundation for all of Empire Robotics' products".

While the demo is all in good fun, it also highlights some rather neat technology. As you can see in the below video, the robot can pick up and throw the little balls with amazing accuracy. Human players, may find it difficult to beat this new robotic challenger. Hell, this may even put some professional players out of work!