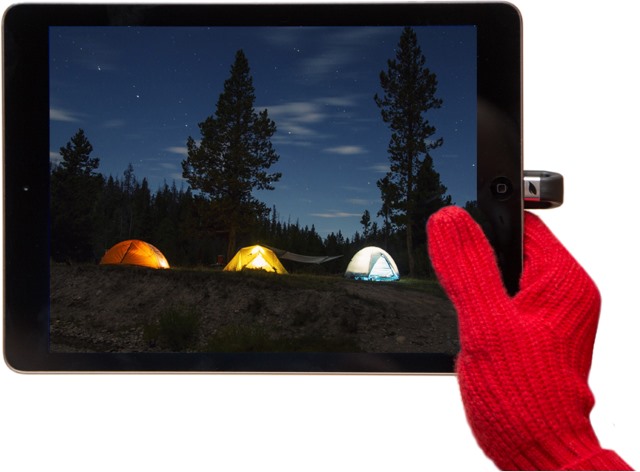 Jump on the iDevice bandwagon and one of the first decisions you'll need to make is choosing capacity. This may be determined largely by budget, but what if you run out of space further down the line? Not many people are in a position to just invest in the same device with more space, but Leef iBRIDGE is a neat plug-in solution.

Just as you can expand the storage space of your computer or laptop with a USB drive, Leef iBRIDGE works in much the same way for your Apple device. Available in 16GB, 32GB, 64GB, 128GB and 256GB capacities, the little plug-in modules give you a little breathing room for more music and photos.

The idea itself is not completely new but with a top capacity of 256GB, Leef iBRIDGE has the edge over the competition. It plugs directly into a Lightning connector, and there's also a built in USB port for connecting to a computer -- handy for transferring files between devices. As memory modules go this is quite a looker, with an interesting J shape that hugs the back of your device.

A recent lawsuit shows that many people are unhappy with the amount of storage they have available on their iPhone or iPad, and for those willing to stump up the cash, this could be a great alternative to iCloud storage. In terms of cost, the Leef iBRIDGE is not particularly cheap. Things start off reasonably cheap at the lower end of the scale: 16GB for $59.99 and 32GB for $79.99. 64GB will set you back $119.99, and 128GB costs $199.99. The headline grabbing 256GB version, however, costs a not insubstantial $399.99.

Still, it means you'll never run out of space at a critical time again!