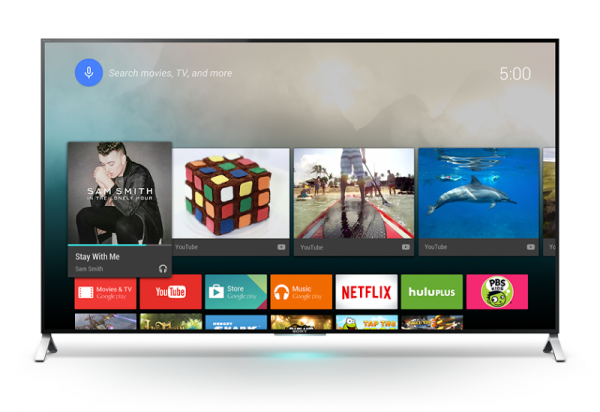 In 2014 Google debuted Android TV, using Nexus Player as a sort of reference device. The new entry into the crowded market replaced the previous Google TV, which had been around for a while but never really took off. Google hopes the new platform will change the company's fortunes, as it desperately wants to be in your living room.

At the big Consumer Electronics Show taking place in Las Vegas, the search giant delivered more information about its new platform. Google arrived with announcements of new partners in the way of TV manufacturers offering sets powered by Android TV.

Sony, Sharp and Philips will all be releasing smart TVs powered by the new platform. The company promises that a single remote will control your entertainment experience, stating you can "watch live TV channels and play games, movies or shows from Google Play and your apps".

Additionally, the TVs will be voice search capable and compatible with Google Cast, allowing you to share content from phones and tablets. The company promises many forms of sets, including 4K versions for those who wish to future-proof.

"When we launched Android with a single phone in 2008, we never imagined that we could connect over a billion people. And now, we're working closely with an entire ecosystem of TV partners -- hardware manufacturers, service providers, and chip makers -- to reimagine the living room", states Hiroshi Lockheimer of Google.

Getting into the living room is a major goal for tech companies these days. Microsoft and many others desperately want to be the center of your entertainment experience. There's money to be made and information to be gained to help target ads for additional revenue.