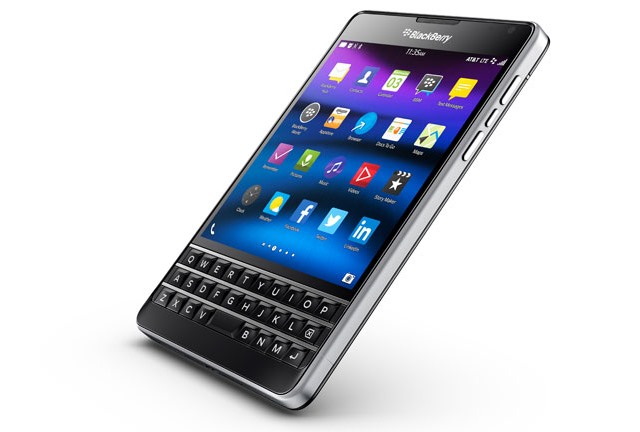 A few months ago BlackBerry announced the Passport, and the keyword was square. A square screen in a decidedly square body, not to forget the physical keyboard, was a sure-fire way to stand out from the crowd; it's hip to be square after all. But for AT&T, the Passport was just a bit too square.

In fact such was the carrier's dislike of the squareness of the Passport that it asked BlackBerry to redesign the handset. And BlackBerry obliged, producing an AT&T exclusive version of the Passport complete with rounded corners that is more in keeping with the look of the BlackBerry Classic, it was revealed at CES 2015 today.

Aside from rounding off the sharp edges, there's no difference between the version of the Passport available from AT&T, and the version available elsewhere. As AT&T says, "built for productivity, the BlackBerry Passport has been uniquely designed for AT&T users with rounded edges". The handset will be available off-contract for $649.99, while contract options start at $21.67 per month.

Giving a speech at CES 2015, BlackBerry CEO John Chen explained the simple reason for the redesign:

AT&T wanted rounded corners. Some of us are more square. No other reason than that.

As AT&T was the first carrier to launch a BlackBerry device, it's not entirely surprising that the handset manufacturer was willing to bow to the request -- AT&T knows what its customers want. No details have been released about when the rounded Passport will be available, but further launch details will come out in the next few weeks.