Ban encrypted messaging apps? You'd have to be an idiot to think it workable 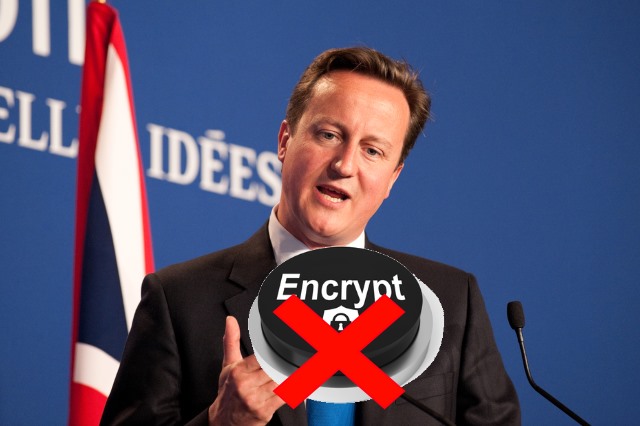 Wherever you are in the world, it's quite likely that your government wants to monitor your communication, be it online or via phone. Following the tragic events in France, politicians have voiced a desire for greater snooping powers. UK Prime Minister David Cameron has suggested that he would ban encrypted messaging tools if he wins the next election.

He has said that he would move to block the use of methods of communication that could not be intercepted and read by security services. With tools such as iMessage, WhatsApp and Snap Chat providing encrypted messaging options, could their days be numbered? Or is this an idiotic and unworkable way of looking at things?

Clearly these are rhetorical questions, the answers being "no" and "yes" respectively. The use of a rhetorical question might seem a little silly, but it's a linguistic device that the Prime Minister employed in a speech about security. As reported by the Independent, Cameron posed the question "in our country, do we want to allow a means of communication between people which […] we cannot read?"

The answer he was obviously hoping would be shouted back at him was "no", but his proposals are unlikely to be welcomed by advocates of free speech and those interested in privacy. The argument that if one has nothing to hide, one has nothing to fear is one that is wheeled out with worrying regularity whenever talk turns to national security and the surveillance that governments so frequently pursue in relation to it.

There are a number of problems with the idea of banning or blocking the use of apps and services that use encryption that cannot be cracked. Firstly, the Prime Minister's suggestion came off the back of the Charlie Hebdo attacks in France. There is (currently) no evidence to suggest that the attacks happened because of authorities' inability to decode encrypted messages, but this is the implication. This is both dishonest and misleading.

Secondly, it is all but impossible to ban anything. Child pornography is banned. Piracy is banned. Both of these things -- and numerous other banned activities -- still take place. The majority of people who use the encryption options offered by messaging services do so out of nothing more than a desire for privacy. People chatting about music, love, life, television, and so on. Of course there are criminals, even terrorists (if we must use the fear-mongering word), who will make use of these methods of communication, but they will also talk to each other in person, send emails, send letters and so on.

WhatsApp et al could be convinced to comply with Cameron's idea of cutting encryption -- these are just the mainstream tools that feature encryption. Are we to think that if the big names stop offering encryption, no one else would consider offering it elsewhere? Are criminals incapable of devising codes and cyphers? The only people who would be affected by the criminalization of using encryption would be criminals too inept to seek out alternatives, and ordinary people just looking for a means of private communication.

We've already seen that the web is virtually unpoliceable. The activities of the NSA have shown that trawling web traffic simply results in the collection of more data than can be feasibly dealt with. Factor in the dark web and it's a whole other ballgame. The likes of Silk Road may have been brought down, but this was possible because of the gathering of intelligence through interceptible web traffic -- mistakes made by those involved in Silk Road essentially. There are almost certainly numerous other Silk Road-like services out there, properly protected and properly encrypted so we, and the authorities, don’t know about them. It's the sort of thing that's publicized on a need to know basis.

To think that banning a particular method of communication will have anything other than a cursory effect on criminal or terrorist activity is naïve in the extreme. The only real effect would be to push things further underground, encouraging a redoubling of efforts to mask activities, to hide communication. The only real victims are free speech, privacy and the ordinary guy/gal on the internet.

Look to China. This is one of the most heavily controlled countries in the world. The Great Firewall of China doesn't stop communication with the outside world. It doesn’t stop Chinese citizens from finding out what's going on elsewhere around the globe. It doesn't stop them from accessing information the Chinese government would rather they didn't. It might make things more difficult, but certainly not impossible. No technological barrier put in place by a government is insurmountable.

David Cameron, you are an idiot if you think that your woolly words hold any weight. Your ignorance would be laughable if it was not so worrying -- nay, terrifying. The technically-minded, the millennials, the intelligent. They all see through the fear-mongering. You're preaching to a dwindling following of the already-converted. You're fighting an invisible and unknown enemy. Wrapping up your megalomania in the guise of protecting the public is starting to fool fewer and fewer people. Your ideas are unworkable and would prove to be just another massive inconvenience.

Of course, this is only an issue should you manage to stay in office and, let's be honest, that's a possibility of shrinking likelihood.