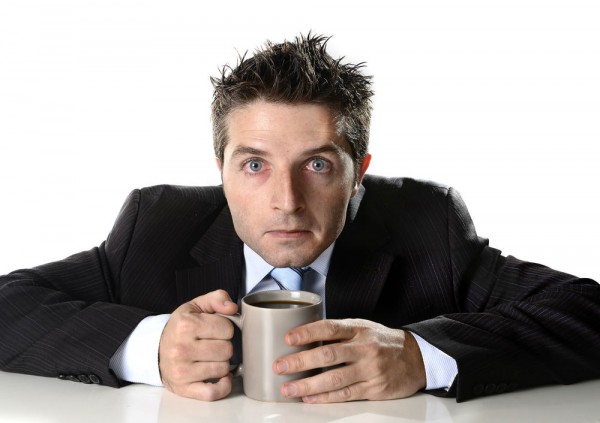 Whether you are an at-home computer nerd, video gamer, or office professional, there is probably something that fuels your days -- caffeine. While technically a drug, many people around the world depend on it for extra pep. Energy drinks like Red Bull and Monster are all the rage nowadays, but coffee is a much more sophisticated beverage.

Many coffee-snobs turn up their noses at Keurig coffee brewers, but I swear by them. Why? Well, the single-serve pods make for an easy clean-up, and quite frankly, produce a great cup of coffee. Plus, you can also use Keurig machines to make things like hot chocolate and tea. Today, GE announces a refrigerator with an integrated single-serve Keurig brewer. This is the convergence that computer nerds dream about!

"No matter how you prefer your cup of coffee, there's no denying the single-serve brewing trend is piping-hot. According to a 2014 National Coffee Association coffee drinking trends survey, 29 percent of respondents who drank coffee said they used a single-cup brewer, up nearly 50 percent from the previous year. Brewing at home is about to become even more appealing as GE introduces an industry first: the GE Café Series refrigerator with Keurig K-Cup Brewing System", says GE.

Mark Wood, chief product officer, Keurig Hot Beverage Systems explains,“with more than 60 brands that consumers love and over 400 beverage varieties in the system, Keurig is all about offering consumers the great-tasting, high-quality beverages they want, simply and conveniently. As an innovator in the personal beverage system industry, Keurig is excited to partner with GE and to be the first to offer hot single-cup technology right from a refrigerator". 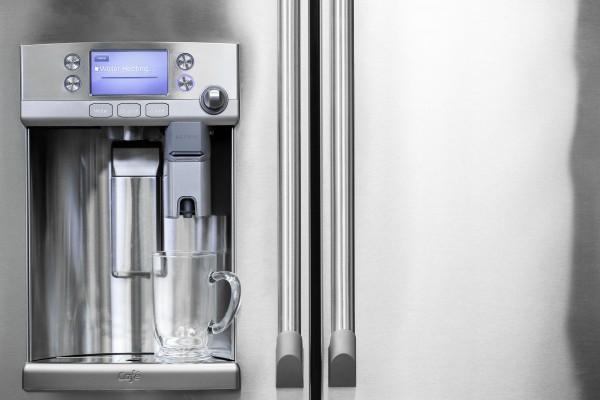 The companies tout the following features:

As a Keurig owner, my biggest frustration is adding water (first-world problems, I know). You see, I need to put a water pitcher under the dispenser in my refrigerator, fill it up, walk across the room, and pour it into the coffee brewer. With this new Café Series refrigerator, the filtered water is built-in; my issue is eliminated. Hell, it even frees-up space on my counter.

Fellow caffeine-addicts, the refrigerator will launch in Q3 of 2015, for $3,300. Obviously, you wouldn't buy a new fridge just for this new feature -- that would be crazy. However, if you are in the market for one, and love coffee, why wouldn't you consider it?