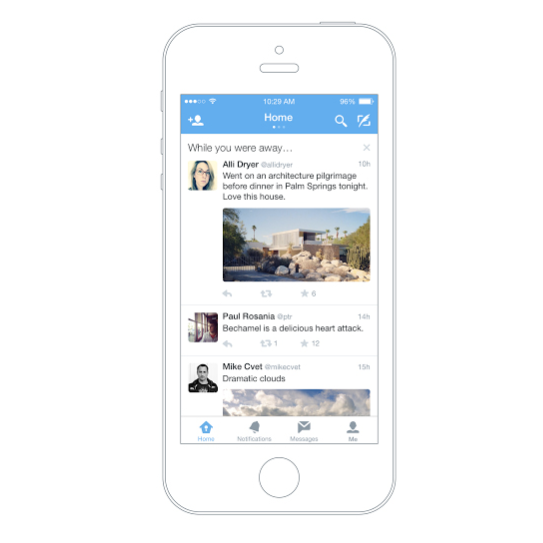 Twitter is super-awesome and fun; all the cool kids use it. If you aren't on the social network, you just aren't trendy. It is a great way to stay on top of Justin Bieber, Kim Kardashian and other very important people. But seriously folks, it's also a great means of tracking news, interests, and updates from your friends.

The service is only engaging when you follow interesting people, and that is a problem. Why? There are a lot of quality people to follow on the network -- which can make your feed noisy -- making it easy to miss important Tweets while away. Today, Twitter aims to alleviate some of that pain, with a new feature called 'While you were away'. As much as the company would like us to be on the service 24/7, some of us have jobs and have to, you know...sleep. Now, you can be kept abreast of top Tweets that you may have missed throughout the day. Don't worry, the list only contains people you follow.

"A lot can happen while you’re on the go. To fill in some of those gaps, we will surface a few of the best Tweets you probably wouldn't have seen otherwise, determined by engagement and other factors. If you check in on Twitter now and then for a quick snapshot of what’s happening, you’ll see this recap more often; if you spend a lot of time on Twitter already, you’ll see it less", says Twitter.

The company further explains, "our goal is to help you keep up -- or catch up  -- with your world, no matter how much time you spend on Twitter. With a few improvements to the home timeline we think we can do a better job of delivering on that promise without compromising the real time nature of Twitter. Recaps, marked with a 'While you were away' heading, will begin to appear for all Twitter for iOS users today, and on our Android app and twitter.com soon".

Dang! iOS users get to use this new feature first, while, Android and web users will have to wait. This is frustrating, as there are far more Android users than iOS users in the world. With that said, it could be that users of Apple's devices are better tastemakers or more active. Luckily, this cool new feature will be available to all users soon.

Do you think this new feature is useful? Tell me in the comments.