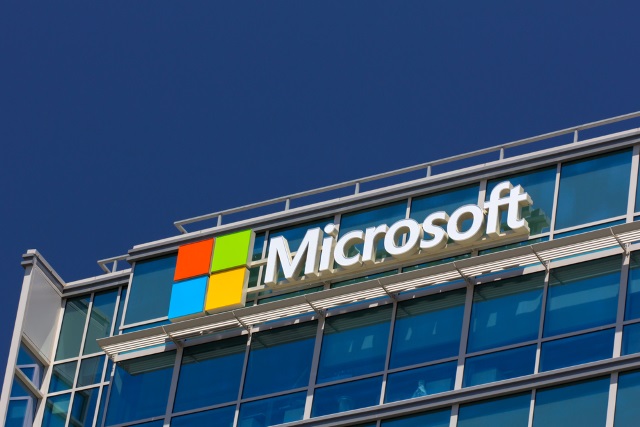 Microsoft has released its earnings report for Q2 FY2015 (that's Q4 CY2014 for everyone else), revealing figures that closely match analyst expectations. The software giant achieved $26.5 billion in revenue, with operating income coming in at $7.8 billion. Gross margin and diluted earnings per share were $16.3 billion and $0.71, respectively. However, in after-hours trading, Microsoft's shares dropped by $2, or 4.28 percent, to $45 per share.

Microsoft has delivered some good news through its earnings report concerning its Devices and Consumer part of the business. Surface revenue reached $1.1 billion at the end of the quarter, which translates to a healthy increase of 24 percent over Q2 FY2014. Lumia sales topped 10.5 million, which, again, is better than the same quarter from a year prior as well as the previous quarter, Q1 FY2015. And the list goes on.

Office 365 subscribers have surpassed 9.2 million, growing by 30 percent compared to the previous quarter. Search revenue is up by 23 percent year-over-year, and Bing's market share growing slightly to a claimed 19.7 percent (I say claimed because it is difficult to give an exact number here).

Now, here comes the not-so-good news from the consumer side. Despite growing Lumia sales, Windows Phone revenue is down by 61 percent year-over-year. Microsoft mainly blames the Nokia affair for the decrease. That said, this side of the business (phones) generated $2.28 billion in revenue for the company, which is nothing to sneeze at.

Revenue generated by Microsoft's relatively new phone-making endeavors contributed significantly to the company meeting expectations this quarter. From this point of view, buying Nokia's Devices & Services seems to make sense. However, some revenue was lost from licensing, as Nokia isn't paying for Windows Phone licenses anymore. That's to be expected.

Still, Lumia sales aren't fantastic if we look at how much the market has grown lately. 10.5 million units is not enough to allow Windows Phone to keep a steady market share, let alone boost it. This is going to pose some serious challenges in attracting developers' to the upcoming Windows 10. Microsoft has a lot of work ahead of it here, as, like I said many times before, it is basically singlehandedly responsible for how Windows phones are doing (its market share on the platform is around 90 percent).

Microsoft received a short boost in revenue from consumers flocking to newer operating systems, as Windows XP reached its end-of-life. That was to be expected, but the real challenge will come from convincing those customers as well as others who are already on Windows 7 or newer versions of Windows to migrate to Windows 10, and making up for the revenue it will not gain from those upgrades. Still, it will take a few quarters before we can see Windows 10's impact.

Xbox One, as you may already know, is doing quite well in the US market, in no small part thanks to a price drop for the holidays. But, Xbox revenue is down overall, year-over-year, by 20 percent to $4 billion from $4.47 billion attributed to an Xbox 360 sales decline. The Computing and Gaming Hardware side, of which Xbox is part of, saw revenue decreasing by 11 percent year-over-year, to $4 billion from $4.47 billion. It, however, was helped by Surface Pro 3, as the Surface line is also part of it, which, as I mentioned earlier, saw higher revenue.

The boost in Surface revenue is welcome, of course, but Microsoft needs to do better in this space as, if we do a little math, sales aren't all that great. There are no official numbers, of course, but $1.1 billion, mainly driven by Surface Pro 3, at an ASP of $500 (I'm being generous, as I believe it to be much higher given how expensive Surface Pro 3 is and how well it is implied to sell) translates to just 2.2 million units. Microsoft isn't even making the top five biggest tablet vendors list with these results, let alone reaching the podium.

Microsoft also revealed some interesting tidbits about its Devices and Consumer side. Minecraft, its $2.5 billion acquisition, helped increase revenue from games by 79 percent, alongside Halo: The Master Chief Collection and Forza Horizon 2. Xbox Live revenue is also up, by 52 percent.

Moving to the commercial side, revenue is up by 5 percent overall, to 13.27 billion from $12.69 billion a year before. Gross margins are up by 3 percent year-over-year, to $10.83 billion from $10.5 billion, thanks to better scaling in cloud services.

The commercial cloud revenue results prove, once again, that Microsoft is right to focus on cloud products like Azure and Office 365, which businesses will embrace more and more as time goes by. In the case of Azure, this will be helped by the decrease in cost, as competition in this space heats up from the likes of Amazon and Google. Meanwhile, Office 365 will also grow as businesses see the value in having an always up-to-date office suite at their employees' disposal, as well as the adjacent OneDrive storage space and collaboration opportunities that come along with it.

Other points of interest are a repurchase plan of $40 billion in shares by the end of 2016, integration and restructuring expenses of $243 million, and a tax rate of 25 percent.