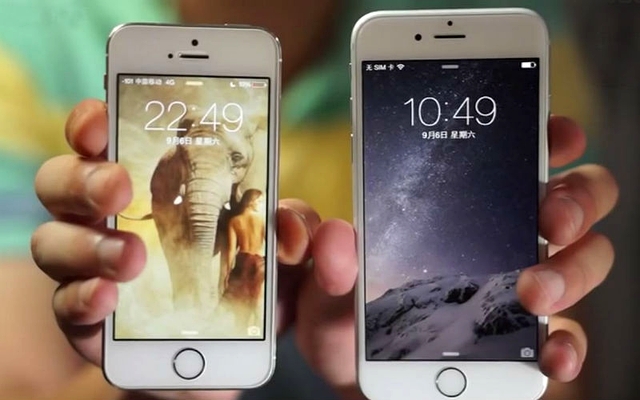 Samsung is no longer the leading smartphone vendor. According to a new report from Strategy Analytics, Apple caught up with the South Korean maker in Q4 2014, thanks to a record number of iPhone shipments totaling 74.5 million units. The two players now share the top spot on the podium.

As my colleague Joe Wilcox explained, Apple's march towards the top was helped by strong sales of its two flagships, iPhone 6 and iPhone 6 Plus. Strategy Analytics says that the pair was extremely popular in China, Europe and United States. And, contrary to some reports, Apple didn't sell more iPhones in China than US in Q4 2014, according to the company's CFO, Luca Maestri. But revenues increased dramatically in the Asian market, by 70 percent year-over-year.

The report adds that Samsung is attacked from all sides, taking hits from Apple in the high-end segment and players like Huawei and Xiaomi in the mid-range and low-end part of the market, respectively. This explains the continued poor performance of the South Korean maker, which also saw its profits slide in Q4 2014.

The podium is completed by Lenovo, which, following its acquisition of Motorola from Google, reached 24.7 million smartphone shipments in the fourth quarter of last year. Thanks to Motorola's impact on shipments, Lenovo's shipments increased from 18.8 million units by 31.38 percent year-over-year.

2014 was a great year for smartphones, as Android shipments alone exceeded the one billion units mark. The green droid shipped on 1,042.7 million smartphones last year, an increase of 33.54 percent year-over-year from 780.8 million units. Meanwhile, its market share rose to 81.2 percent from 78.9 percent.

Strategy Analytics pins Windows Phone's fate on Microsoft's inability to gain the support of the major players in the business as well as on a tiny retail presence in major markets like China. The first argument is certainly proved by Huawei, which just announced that it has no plans to make smartphones running Windows 10. The latter is not as sound, given that Samsung has a stronger retail presence in major markets, yet its market share and shipments are declining also.

Of the three major platforms, in terms of shipments Android was the only one which grew more than the year-over-year market average of 29.6 percent. Apple's iOS got close, but ultimately failed to hit the mark. Needless to say, Windows Phone got left behind even further.

The reason why it's important for a platform to beat the year-over-year market average is so that it can capture market share from rival players. If it fails to do so, no matter if its shipments increase, it is losing out to the competition.