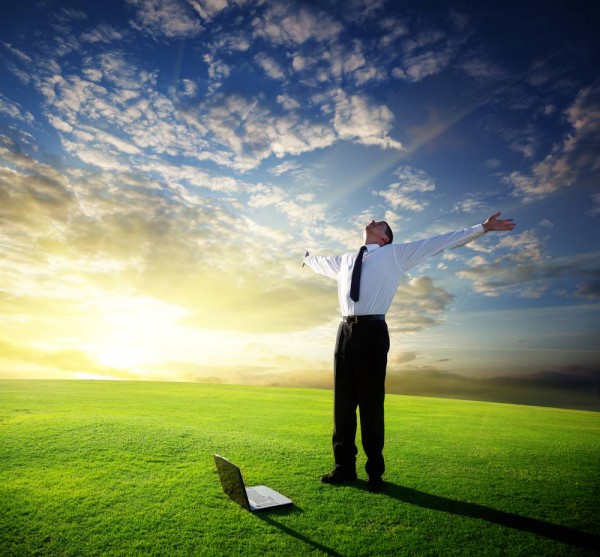 If there is one thing you should always remember about the technology community, it is that the tides are always changing. In other words, a company that can never lose, will eventually face calamity. A good example of this is Blackberry. We aren't many years removed from a world where seemingly everyone owned a Blackberry as their device of choice. Hell, if you didn't have BBM, you were not a part of the "in" crowd. Today? Not so much. Using one of those devices is perceived as very uncool. Even Apple, despite making tons of money, has seen its iOS devices hemorrhaging market share as Android grows. Again, everything changes -- nothing is set in stone.

I'm not saying Microsoft is Blackberry -- quite the contrary -- but its loss of mind share over the last decade has been staggering. Computing used to be synonymous with Windows, and it still is on the desktop, but the company is essentially absent on the mobile front, which is arguably more important. Let's be honest, Windows Phone is a failure; there is no benefit to use it over iOS or Android. Why? Because apps are really the only thing that matters. From a consumer standpoint, a mobile OS is a means of running apps -- nothing more. Guess what? Microsoft finally realizes this and if it can't be the platform for the apps, it can be the apps. Today, the company which can do no wrong lately, continues its win-streak as it is rumored to be buying Sunrise Calendar.

A rumor is a rumor, so this may not even be true. With that said, I love playing make-believe, so let's just pretend it is. Have you used Sunrise Calendar before? If not, you are missing out. It is the best calendar app for both iOS and Android. I use it all the time between my Nexus 6 and iPad. Not only is the app useful, but very pretty and more importantly, cool. I imagine that Google and Apple -- two of the "coolest" companies -- are kicking themselves for letting Microsoft snatch this one away.

Yes, I realize "cool" is subjective, and hard to quantify, but that is the only way I can explain Microsoft spending a rumored $100 million. As great as the app is, I believe Microsoft could have easily duplicated the style and functionality in-house. The problem with that is, you have to convince people to use a new offering. With Sunrise, the users are essentially part of the deal. In other words, yes, Microsoft over-paid for an app, but it got a great deal on both user data and perception.

From an analysis perspective, collecting data that shows a user's behavior and plans is very valuable. It is important insight into the mind of its users. Does Microsoft plan to use data in this way? Who knows -- it is pure speculation on my part. However, the data is there and just the potential to analyze it has a value.

More important, however, is the perception that is achieved from buying a "cool" app. On its own, it wont turn the dial on Microsoft's cool-factor, but when combined with the awesome new Outlook app, the popular Office for iPad, the upcoming HoloLens, Windows 10 bringing back a start menu and the company's increased embrace of open-source, it makes both consumers and analysts take notice. It's even cool that Microsoft can drop $100 million like it's nothing -- a sign of success.

While I hope Microsoft keeps the standalone Sunrise Calendar app development, I am more interested in it being integrated into its existing technologies. While the calendar aspect of the new Outlook app is passable, there is no reason not to replace it with Sunrise. Hell, it would be a damn shame if it is not in some way integrated into Windows 10.

Again, this is all just rumor, but exciting to talk about, right? Microsoft is doing so many things right lately, and this acquisition would be a continuation of that trend.

Do you think $100 million is too much? Tell me in the comments.