WhatsApp set to introduce voice calling -- here's why it matters 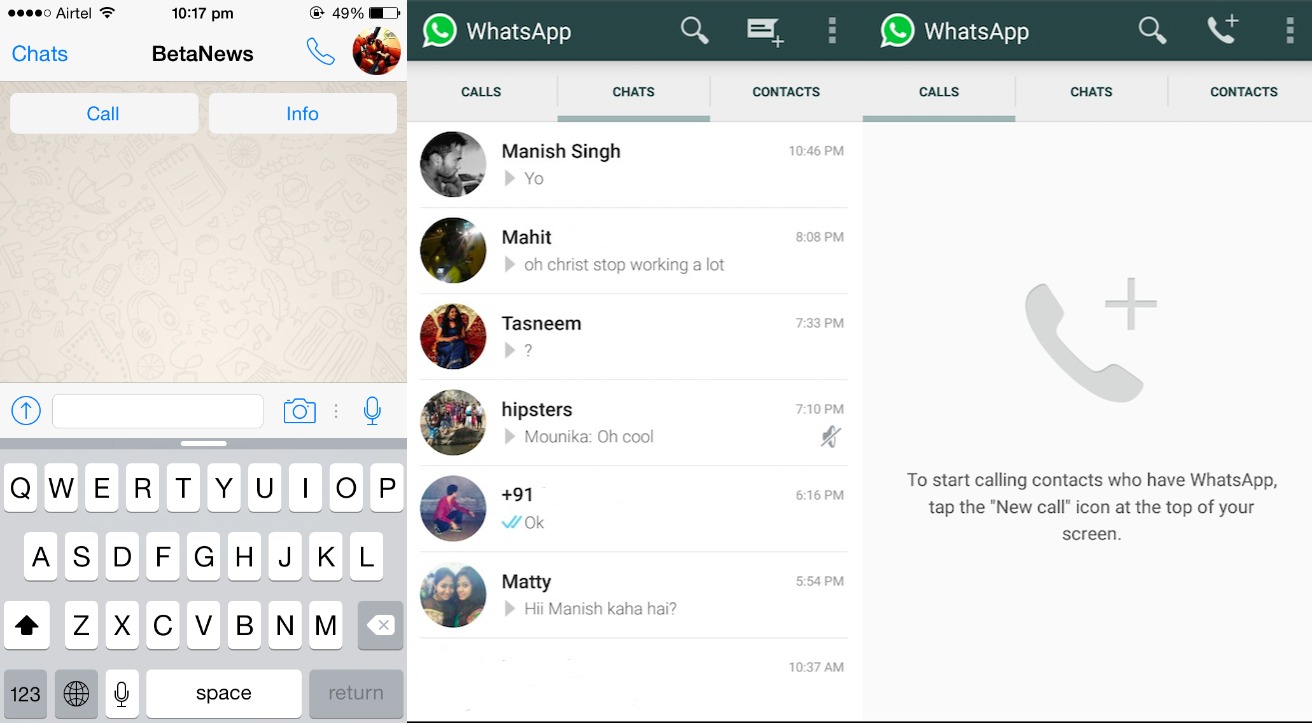 WhatsApp today rolled out an update to its iOS app, which along with bug fixes adds a dialer button to its text messaging service. The dialer button -- as you might imagine -- is for placing voice calls, a feature that the Facebook-owned company announced last February. Earlier this week, the same feature was spotted on the WhatsApp’s Android client, and the company also confirmed that it was beta testing it with select users.

The feature, however, doesn’t work just yet, but changes in the user interface do give us an idea of what this forthcoming feature will look like. It is evident that WhatsApp has plans to roll out the voice-calling feature to its app shortly. But why is everyone in the press writing about it? How does the addition of voice calling functionality -- something which Facebook’s Messenger, Google’s Hangouts, and Microsoft’s Skype already offer -- change things? Here’s how.

Last month, WhatsApp announced that it has reached 700 million MAUs (monthly active users). The company also announced that its service is being utilized to send about 30 billion messages a day. It’s a huge number, and its significance increases by many folds when you realize that people all over the globe only send 20 billion SMSs a day.

In brutal -- yet factually correct words -- WhatsApp alone is cannibalizing SMS. I’m not saying that WhatsApp and/or any other IM will push the SMSs to extinction, but unarguably, growing numbers of people are now using instant messenger clients to chat. And I can’t help but imagine that the voice-calling feature on WhatsApp will set the tone to a new tradition, as well, and change the way people make calls around the world.

Voice calling may not sound as handy in developed countries such as USA, as people on that side of the pond have incredibly cheaper voice and data plans. And Skype is already a household name. But things aren’t exactly the same in other parts of the world especially in developing nations.

Statistically speaking, using an instant messaging service to place a voice call makes financial sense. Skype, for example, uses 6 to 20 kbps or around 150KB per minute for a voice call. The amount a user would have to pay for this much data is a lot less than a voice call tariff. In India, for instance, that much data usage with standard internet data plans of say $2-4 per GB will provide users with over 6,820 minutes, something which would otherwise cost a user Rs 6,820 (more than $100) over a typical voice call.

As I mentioned above, the voice-calling feature in WhatsApp is a big deal. Sure it has been around in services like Skype, and Hangouts, and some not as popular IMs like Viber and Line, but none of them have such a large userbase. In India alone there are around 70 million monthly active WhatsApp users. It’s a huge number considering that only 150-200 million users sport a smartphone in that country.