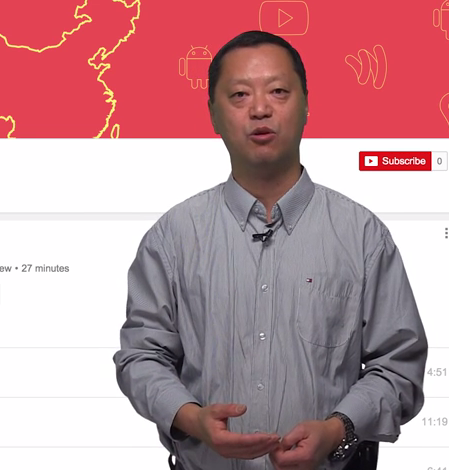 The Earth is one place, where all human beings are family. True, we may use a different language or live in different countries, but we are all equal. In America, for instance, there is no official language; English is most popular, but it's not written in stone as the one true language. The USA is a melting pot, where all languages and cultures are celebrated.

China in particular, is a big contributor to the world of technology; both for hardware and software. Whether a developer is Chinese and residing in China, or an American that speaks only Chinese, Google has found a great way to show respect and support; the Chinese Google Developers YouTube channel.

"Today, the Google Developer Platform team is launching a Chinese language and captioned YouTube channel, aiming to make it easier for the developers in China to learn more about Google services and technologies around mobile, web and the cloud. The channel includes original content in Chinese (Mandarin speaking), and curates content from the English version of the Google Developers channel with Simplified Chinese captions", explains Bill Luan, Greater China Regional Lead of Google Developer Relations.

Luan further says, "a special thank you to the volunteers in Google Developers Group community in the city of Nanyang (Nanyang GDG) in China, for their effort and contribution in adding the Chinese language translations to the English language Google Developer Channel videos on YouTube. Over time, we will produce more Chinese language original content, as well as continue leveraging GDG volunteers in China to add more Chinese captioned English videos from Google Developer Channel, to serve the learning needs from developers".

While this is a wonderful addition to YouTube, I hope it does not end there. Chinese is a good choice, as the country is very large and has so many people. With that said, there are many languages in the world -- many more than just Chinese and English -- and I am sure those other speakers would like to take part in developing too.

Are you a Chinese-speaking developer? Tell me in the comments as to how this channel will help you.