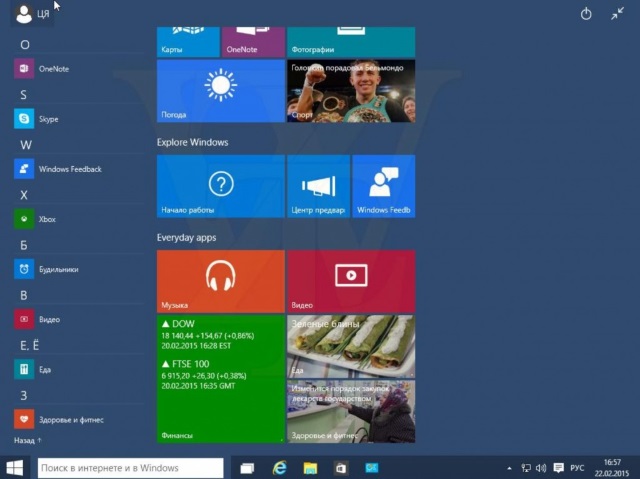 Over the weekend, screenshots from a couple of new builds were leaked online by the renowned Wzor. First of all we were treated to a glimpse of build 10014, and shortly afterwards images of Windows 10 Professional Technical Preview Build 10022 appeared. Another revelation is a set of release note relating to build 10014. So what do we have to look forward to?

The leaked versions are Russian -- as is so often the case -- and it seems that not a great deal has changed since build 9926. Wzor is a trusted leaker of Windows builds, and the screenshots appear to indicate that the changes in these most recent builds are largely under the hood; there are few discernible visual differences. What is particularly interesting is that the build 10022 leak comes from the fbl_impressive branch of releases, meaning that this is very likely to be the next publicly released preview build.

The same source is also responsible for bringing us the release notes for build 10014. The release notes are dated February 11 and were given to Microsoft partners. They confirm the idea that the next public build will focus on improving stability, but there are a couple of notable changes:

The list of big fixes is rather lengthier, but there are still a few known issues. Cortana is still a work in progress, the Quiet Hours feature doesn’t yet work, battery levels may be incorrectly reported on portable devices, and so on.

It's not clear if these will have been ironed out in the move from build 10014 to 10022, but it shouldn't be too long until we get to see for ourselves.