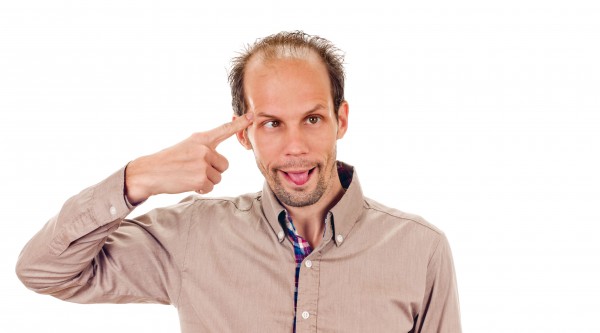 Windows Phone is a failure. Of course, the term "failure" is subjective, so let me explain. Very few consumers are buying them compared to Android and iPhone, and very few developers are creating apps for it. Yes, some people are buying them, and some talented developers are developing, but "some" does not make a success.

Ultimately, on all platforms -- desktops, mobile devices, game consoles, etc. -- it is the apps and games that move the hardware. Right now, there are no killer apps on Windows Phone compared to Android or iOS. In other words, what is the benefit of using Windows Phone to the average consumer? There arguably is none. Today, Microsoft chooses to proclaim that the platform is seeing "impressive growth". Like "failure", the word "impressive" is subjective, but I think everyone can agree, nothing about Microsoft's mobile platform is currently impressive.

"Continuing the impressive growth of the Windows Phone ecosystem we are excited more partners are unveiling Windows Phone devices. In the past year we have worked with 25 partners to bring 31 Windows Phone models to market. A broader, stronger ecosystem is good for everyone. Customers can count on a consistent Windows experience across any device, while having the ability to choose from a wide range of designs, sizes, price points, capabilities, services and solutions offered by our hardware partners", says Nick Parker, Microsoft.

Parker further explains, "kicking off the news earlier this week, our British-based mobile partner KAZAM announced new Windows tablets and Phones. The KAZAM Thunder 450W and 450WL are their two new Windows Phone 8.1 smartphones and they include Microsoft services like OneNote and OneDrive so users can sync files across devices".

Let us review some of the companies Microsoft is touting as partners for this "impressive growth".

Let's be honest, this is not an impressive list. If this was a wedding, all of these companies would be sat at the bad table in the corner. It's reminiscent of George W. Bush's "Coalition of the Willing". If you remember, the president said invading Iraq was a multi-national partnership, but then listed the Marshall Islands, Palau and Micronesia as some of the partners, while they did not even have an army. 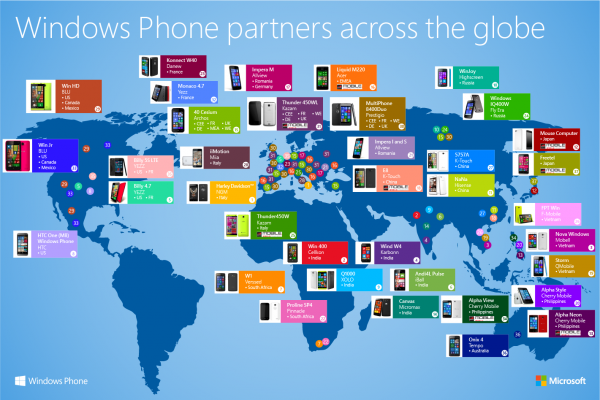 No disrespect to the aforementioned countries or companies -- I'm sure you are all wonderful -- but for a company like Microsoft to use the words "impressive growth" for Windows Phone with a straight face, is laughable. Try it again when you have more impressive partners, and sales.

Maybe Windows 10 will give a shot into the arm of Microsoft's smartphone presence, but it is far too premature to use the word impressive. Has Microsoft seen very limited success in some countries where low-cost devices are all the rage? Sure. But still not enough to move the global dial with any significance.