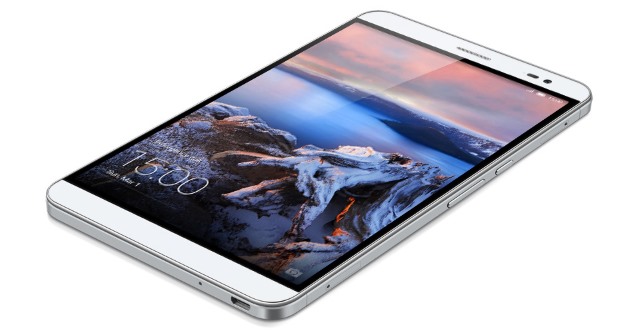 The announcements are coming thick and fast from MWC 2015 in Barcelona. As well as the Huawei Watch, Huawei also announced the MediaPad X2. As you might guess from the name, this is a tablet, but dual SIM support means that it is essentially a gigantic smartphone with no less than 7 inches of screen to play with.

And it's more than just the dimensions that are supersized -- the 2.0 GHz Kirin930 64 bit octa-core packs quite a punch. Being a brand new device, it's little surprise that Android 5.0 Lollipop is found pre-installed, and this is supplemented by the third version of Huawei's own Emotion UI. But there is much more to this phone/tablet crossover -- perhaps the first device to genuinely justify the horrific portmanteau phablet.

This is a device that very clearly tries to bridge the gap between tablets and smartphones, and the 323ppi, 1920 x 1200 lends itself to all manner of tasks. Two versions are on the card; one features 2GB RAM and 16GB of storage, the other 3GB RAM and 32GB. Both feature a MicroSD slot that can handle a memory card up to 128GB.

Just 7.18mm thick and weighing at 239g, this is a tablet that could be easily carried around with little trouble, and the hefty 5000 mAh battery means you can last for some time between charges. Huawei is yet to reveal details of pricing and availability, but we do have the full specs to tide us over: