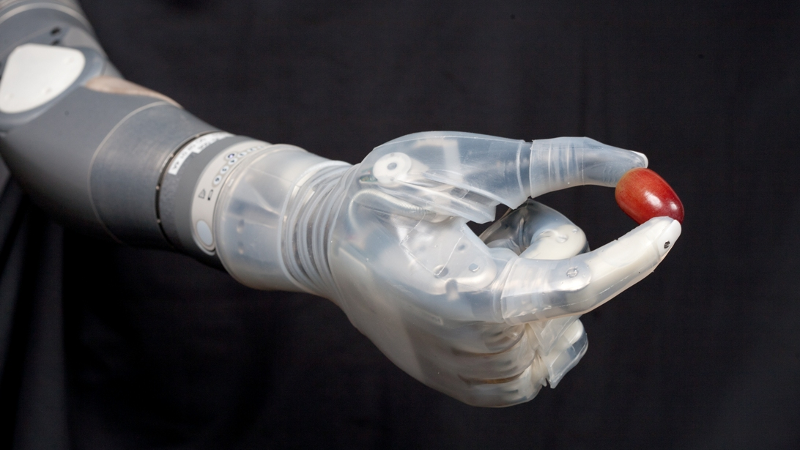 The primary goal of technology should be to improve our lives in some way. So far that has seen us embrace computers, the Internet, smartphones and most recently wearable gadgets. However, many are predicting that the future will not see us hold or wear technology, but have it directly implanted into our bodies.

Already, the transhumanism movement is seeing technology implants gain greater acceptance, but many still feel uneasy about the ethics involved when we attempt to improve our bodies artificially. In response to the advances made in body modification technology, we’ve looked at five high-profile examples below.

For many years, individuals have used technology to help solve medical problems. Artificial pacemakers have been implanted into humans since the 1950s and prosthetic limbs, in their most basic form, have been used for centuries.

Now limb replacements are becoming increasingly advanced, with the DEKA arm being one of the most notable. Developed by the Defense Advanced Research Projects Agency (DARPA) and the U.S. Army Research Office, DEKA can carry out a series of complex movements controlled by electrical signals sent from electrodes connected to the user’s muscles. The electrodes transmit signals to the arm, which can carry out 10 different types of movements.

The DEKA arm has given those that are missing limbs the ability to perform delicate tasks, such as grasping a bottle, which wouldn’t be possible with traditional prosthetics.

Self-confessed cyborg Neil Harbisson is one of the most famous exponents of body modifications and has used technology to overcome the extreme form of color blindness that has afflicted him since birth.

Harbisson is unable to see color at all and so decided to implant a permanently attached antenna into his skull in 2004. The "Eyeborg", as it is known, allows him to experience colors by translating them into sounds. An Internet connection also allows Harbisson to receive phone calls directly into his skull and his activism has seen the British government recognize his as the world’s first cyborg.

Deep brain stimulation involves the insertion of electrodes into three target sites within the brain and has proven hugely effective at tackling Parkinson’s disease.

The electrodes are connected to a neurostimulator placed under the skin in the chest or stomach area, which delivers high-frequency stimulation to specific areas of the brain. This changes some of the brain’s electrical signals associated with Parkinson’s and is often used in partnership with medication.

The procedure is working so well that it could remain the primary surgical treatment for the condition for the next two to three decades.

A number of companies around the world are now offering employees the opportunity of having computer chips implanted into their hands to help them in their place of work.

The radio-frequency identification (RFID) chip is inserted under the skin, following only a brief moment of pain, and can be put to various uses. Most often, the chip is used to unlock doors, providing a more secure solution than employee ID cards.

Others have placed an electronic business card on the chip, which can be accessed via a smartphone, or use the implant to access their car or computer.

A Swedish company called Dangerous Things even allows you to buy a DIY chip implanting kit that means you can use the technology in whatever way you want.

Sticking with the DIY theme, biohacker Tim Cannon has developed a Fitbit style device that is implanted under the skin. 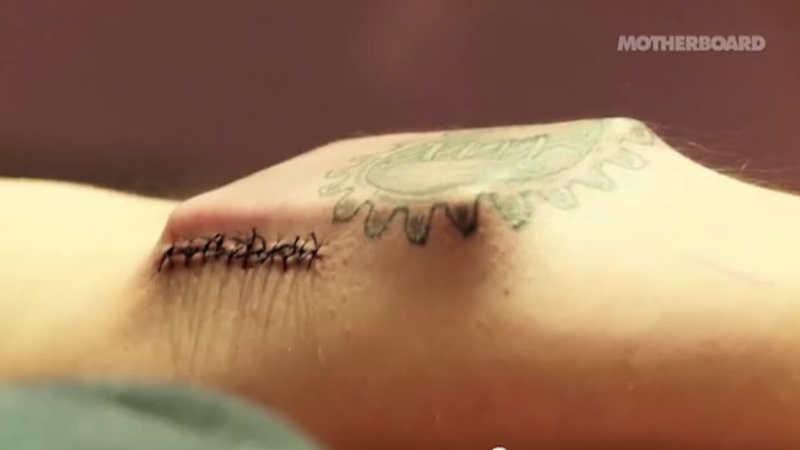 The Circadia 1.0 is not the most elegant implant, clearly protruding from underneath Cannon’s skin, but it does offer some personal utility. The device can be connected to appliances in his home and is programmable via tablet. In fact, by monitoring various health metrics, the Circadia 1.0 can automatically provide Cannon with a helping hand.

"So if, for example, I’ve had a stressful day, the Circadia will communicate that to my house and will prepare a nice relaxing atmosphere for when I get home: Dim the lights, let in a hot bath", he explained.

While consumers may not quite be ready for Cannon’s rough and ready approach to technological implants (he inserted the Circadia 1.0 without any anesthetic), with some refinement similar body modification could become widespread in the not too distant future.

2 Responses to Forget wearables, cyborg tech is the future