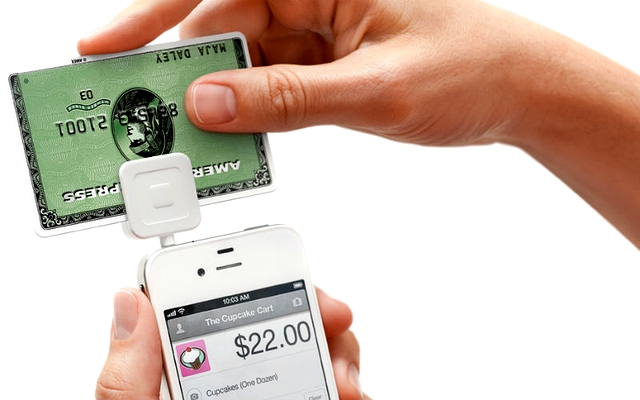 Every week the technology world holds its breath with anticipation as the latest tech giants make new strides into the mobile payments sector. After years of low consumer take-up of services like Google Wallet and Square, the launch of Apple Pay last year was hailed as a pivotal moment, signaling the time when mobile payments would finally go mainstream.

With mega players like Facebook and Microsoft now joining the peer-to-peer money sending and digital payments fray, even sceptics are wondering if 2015 might truly be "The Year of Mobile Payments". Yet what many don’t realize is that these services are already lagging 10 years behind.  The rest of the world is paying attention to a different mobile payments phenomenon -- one that’s been taking place thousands of miles away. Last month, global telecoms body GSMA revealed that the number of active users of Mobile Money -- a service which enables users to send and receive money from basic mobile phones without requiring a bank account or payment card -- had doubled from 2013 to reach 103 million globally.

How did a population more than twice the size of Spain come to be at the forefront of a global payments phenomenon? And why hadn’t we heard of it until now?

The first answer to that question is that Mobile Money exists almost entirely in the developing world. Many people may already be familiar with M-PESA, Safaricom’s Mobile Money service in Kenya which currently processes $2.1 billion worth of transactions a month. 59 percent of Kenyan adults use M-PESA, and the platform now accounts for two thirds of the transaction volumes processed through the national payments system.

M-PESA users can pay bills, top up their petrol, take out loans, and even have their salary paid directly into their mobile money account.

More than 260 Mobile Money services just like M-PESA are now in operation across 89 countries, with another 100+ planning to launch within the next 12-18 months. The majority of these services are run not by banks, but by mobile telecoms operators keen to increase customer loyalty and add value for their predominantly prepaid subscriber base. The first Mobile Money service was launched in 2001 (by telecoms giant Smart Communications in the Philippines), but the first Mobile Money service to launch in Europe was only last year – Vodafone’s M-Pesa service in Romania.

The second reason for Mobile Money’s success is that it is a product which solves a real problem -- although, granted, not one with which we are very familiar.

Unlike the 'mobile wallets' we know (which are, essentially, no more than a digitized front-end to existing credit and debit cards) Mobile Money is not trying to replicate an already cash-less experience (one could argue that one of the biggest challenges to mobile wallets in the US and UK is entrenched consumer habits -- "why would I bother adding an extra step to pay by mobile if I can just pay with my bank card?")

In many of the markets where Mobile Money operates, however, it is the only competitor to cash. Mobile Money is a service targeted primarily to the unbanked, people who have been excluded from the traditional banking and payments infrastructure, mostly because their tiny transactions are not considered profitable enough to service.

Mobile Money enables the storage of electronic value in an account that is linked to your mobile number, which can be used to make a range of transactions, including sending money to anybody else with a mobile phone. It’s not app-based, but instead works via USSD menus and SMS text threads on basic 'feature phones' (non-smartphones). The impact of this simple technology is telling: in 16 countries, there are now more Mobile Money accounts than bank accounts.

But, just because Mobile Money operates on basic technology, don’t let that fool you into thinking it’s not innovative.

Some of the biggest technology players in Mobile Money today are industry heavyweights like Huawei and Ericsson, whose platforms for Mobile Money are capable of handling millions of transactions a day. Already, over 60 percent of Mobile Money providers offer ready APIs for third parties to link into their systems, enabling a wide range of transactions across different sectors, including retail, transportation, utilities, health, education, agriculture, and even government services.

The result is an entire ecosystem of companies and institutions converging around Mobile Money as a payments channel, facilitating a digital economy that truly meets consumer needs.

With this growing payments infrastructure in place, even major retailers like Alibaba are starting to pay attention. Alibaba recently acquired a 25 percent stake in Paym, an Indian mobile money service positioned to make waves once India’s new e-payments regulation comes into effect.

As more investments of this kind are made in Mobile Money, the opportunity to expand into even further sectors is vast. Already, other financial service innovations beyond payments are being introduced by Mobile Money providers, including interest-bearing savings accounts, small personal and business loans, and insurance.

But there is one direction in particular where Mobile Money is poised to grow rapidly, and that’s internationally. Up until now, Mobile Money has been fundamentally a domestic phenomenon. Most Mobile Money systems only operate within the boundaries of a single country, despite evidence of major trade and remittance corridors existing across national borders.

With the introduction of online and mobile-based money transfer services, that’s now changing, as customers demand faster, more efficient ways of receiving money than the bricks-and-mortar models that have dominated the past 100 years of money transfer.

The World Bank estimates that $586 billion (£387 billion) will be sent in international remittances by migrant workers back to their home nations in 2015. Already, Mobile Money has overtaken bank accounts as the fastest growing receive method for international remittance, accounting for 34 percent of the money transfers we handle from Europe.

That’s because, by sending to mobile money, people are connecting the way that they send money with the way that they communicate with their families back home – from mobile to mobile. These people know that the global mobile payments revolution isn’t on its way. It’s already here.

6 Responses to The greatest innovator in mobile payments isn't Apple