Ever wondered how old you look? New tool from Microsoft will hurt your feelings 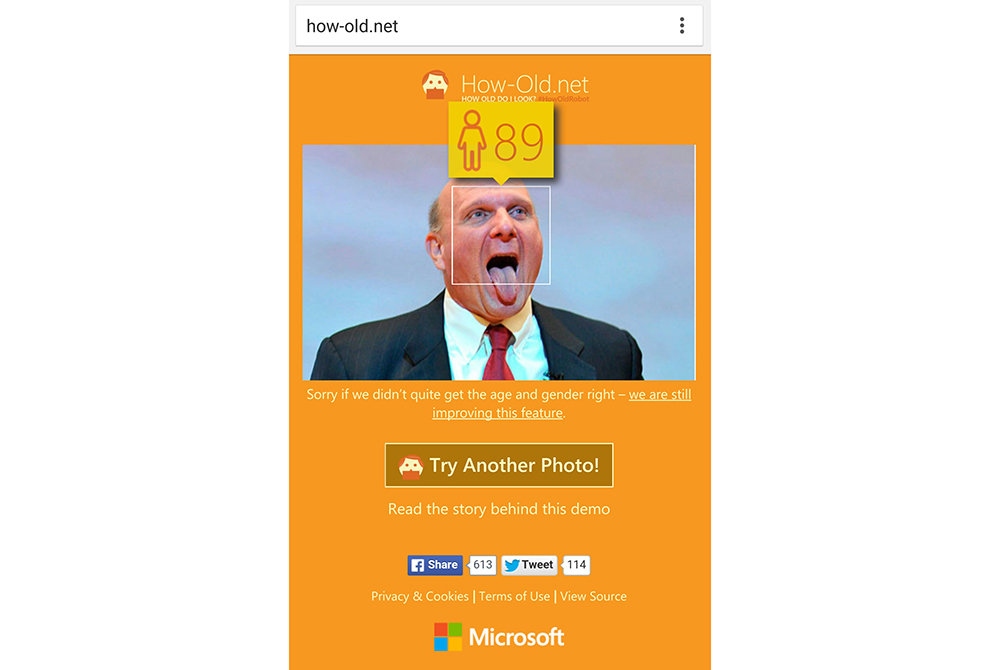 Microsoft has created a new website which makes use of its recently released Face detection APIs to guess a user’s age based purely on a photo they submit.

The creators expected around 50 people to be interested in trying out the project, but the site has gone viral, racking up over 35,000 users as of yesterday, and likely hundreds of thousands more today. People want to know how they are perceived by others and a site that promises to predict their age based on an uploaded photo was bound to be a hit. It’s a shame then, that a random number generator could probably produce more accurate results.

I’ve tested several photos of myself, and others, on the site and the ages predicted vary wildly. And I mean wildly. The site guessed I was 35, based on one photo I uploaded, and then 75 based on another. I’m actually 48. Both pictures were taken at the same time, just from a slightly different angle. My advice is if you try it, and you get a flattering result, stop there. The next result will likely not be as kind.

In fairness, it's early days, and Microsoft is still improving the feature, so it will hopefully get better in time. Well it has to really.

A post on the Machine Learning Blog explains how the technology works (or doesn’t) and makes for interesting reading.

You can try it out for yourself now at http://how-old.net. Let me know in the comments how accurate, or otherwise, it is for you.

4 Responses to Ever wondered how old you look? New tool from Microsoft will hurt your feelings