Get Windows 10 for Raspberry Pi 2 now 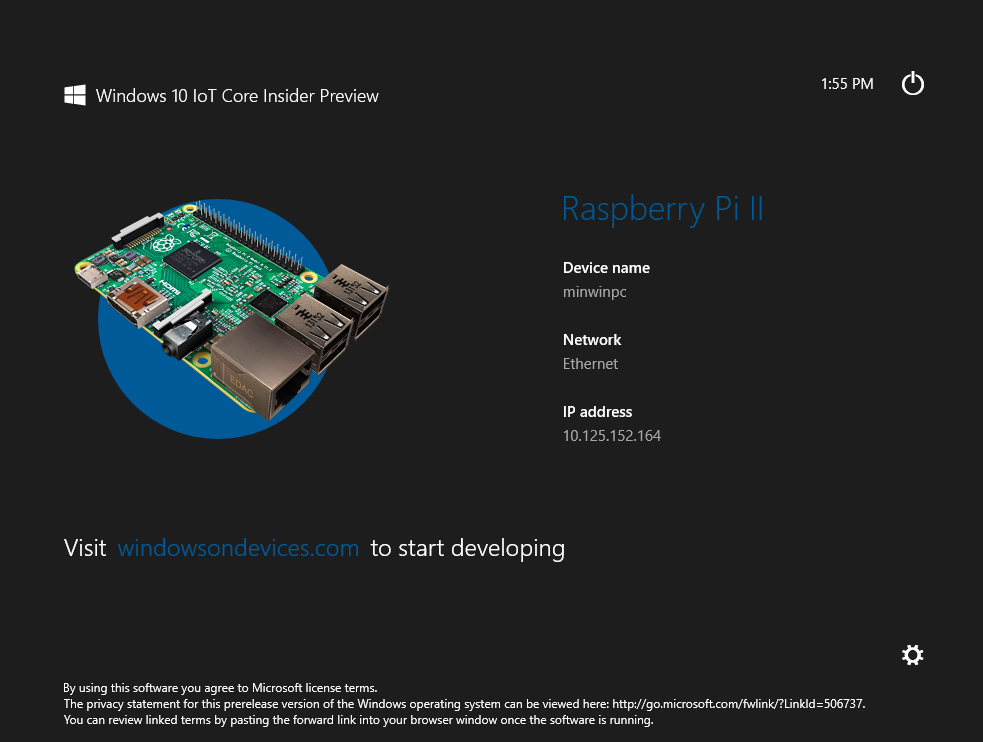 When the Raspberry Pi Foundation launched its new Raspberry Pi 2, we were impressed to hear it would be able to run Windows 10. Admittedly it isn't the full PC version of the operating system, but rather a special version created especially to run on such devices.

Yesterday, following the keynote at its Build developer conference, Microsoft released a new build of Windows 10 Insider Preview, but that’s not all. It also pushed out a Windows 10 IoT Core Insider Preview with support for Raspberry Pi 2 and Intel’s Minnowboard Max. So if you have either of those devices, you can download and try out the preview right now.

With it being a preview it’s a little limited and rough around the edges at the moment (the full version will be available when Windows 10 launches in the summer). Microsoft describes this release as a "conversation starter".

Steve Teixeira, Director of Program Management for the Internet of Things team in Microsoft's Operating Systems Group, says: "With this Insider Preview release of Windows 10 IoT Core, we’re bringing the power of Windows to Raspberry Pi 2 for the first time. We’re embracing the simple principle of helping Makers and device builders do more by bringing our world-class development tools, the power of the Universal Windows Platform, direct access to hardware capabilities, and the ability to remotely debug, update, and manage the software running on Raspberry Pi 2 devices".

You can find out more about the Windows 10 IoT Core preview here, and download it here (there are full instructions for getting started). You will need access to a PC running Windows 10 to set it up -- running Windows 10 on VirtualBox or another VM won’t work because you need access to the SD card reader. Also, you’ll need to connect your Microsoft account to the program and agree to the terms before you can download the preview.

The image above is what a Raspberry Pi 2 running Windows 10 will boot up to. You can also run the x86 version on your desktop.

8 Responses to Get Windows 10 for Raspberry Pi 2 now