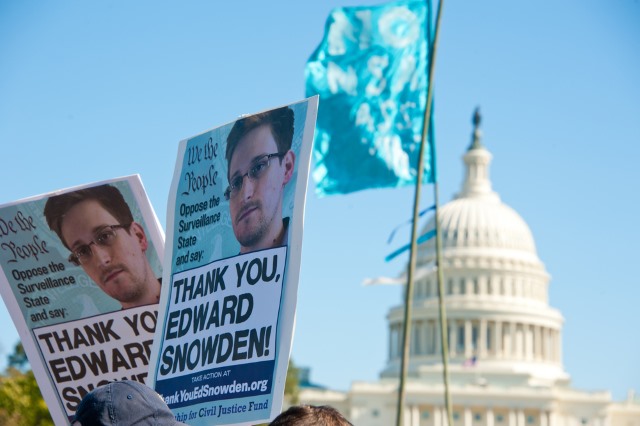 Today the US Senate passed the USA Freedom Act without amendments, signalling the start of the significant surveillance reform that has been called for since Edward Snowden blew the whistle on the agency's activities. It had already been determined that the bulk collection of phone metadata was illegal, and the expiry of Section 215 of the Patriot Act at the end of May brought this data collection to an end anyway.

The USA Freedom Act sets in concrete the end of the phone data collection program and is seen as a major victory for privacy advocates. It will come as good news to Snowden himself who will undoubtedly feel a sense of relief that his risk-taking paid off. The bill is still to be signed into law by President Obama, but this is now little more than a formality.

The passage of the USA Freedom Act met something of an impasse last week, after attempts were made to water it down. The proposed amendments were opposed by civil liberties and digital rights groups such as the Electronic Frontier Foundation. Any fears that the powers of the Act would be weakened proved unfounded as, despite efforts by Republicans, Senators voted to pass it in its unaltered form.

Despite vocal opposition from much of the public, Mitch McConnell was eager for the Patriot Act to be extended without amendments, effectively leaving the NSA free to do whatever sort of data collection it wanted. When the Patriot Act was temporarily extended, there were fears that this would continue indefinitely. Obama and his administration expressed their support for the USA Freedom Act and it was a campaign that Rand Paul took up with gusto.

Microsoft was among the first companies to praise the passing of the bill. Brad Smith, executive vice president and general counsel of Microsoft, said:

We commend Congress for taking action to reform government surveillance practices. Today’s vote by the Senate on the USA Freedom Act will help to restore the balance between protecting public safety and preserving civil liberties.

Although the USA Freedom Act is seen as an improvement, many are still concerned that the government and its agencies are still able to covertly collect data about phone and internet usage. Both lauded as a hero and derided as a traitor, the success of the Act is at least partly thanks to Snowden himself. Quite what happens next in terms of surveillance reform remains to be seen.