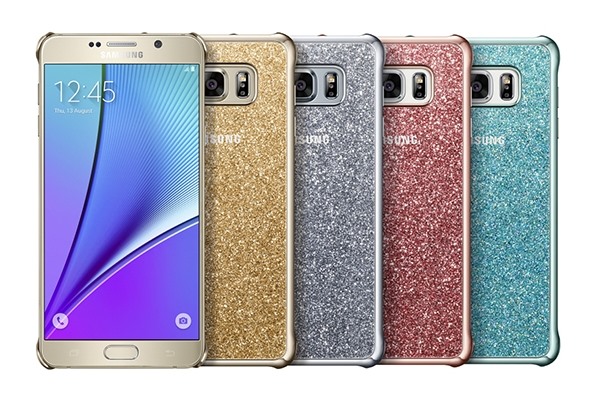 Samsung unveiled the Galaxy Note 5 in NYC yesterday and there has already been a great deal of coverage of the handset. It is hard to beat getting hands-on with a phone but there are important factors that could sway you one way or the other when it comes to making a purchase.

Samsung has already produced an infographic pulling out what the company thinks are its highlights. To help you decide if the Galaxy Note 5 should be on your shopping list, here are ten things you need to know.

We might not know whether the M stands for Marshmallow, Mars bar, Milky Way, or Marzipan, but we do know that Android M is only just around the corner. A lot of people may still be waiting for Lollipop to arrive on their handsets, but the Galaxy Note 5 is a flagship device that's virtually guaranteed to be among the first in line for Android M.

The next version of Google's mobile operating system is pencilled for release in October, and it would be extremely surprising if an update did not follow fairly quickly for the latest addition to Samsung's Note range.

There actually is a 128GB version

While Samsung only talked about 32 and 64GB models at the unveiling, it seems that anyone who was hoping for a larger capacity could be in luck. After the hype of the main unveiling, Samsung later added 128GB Note 5 to its website. There's no word on pricing yet, but this will almost certainly follow in the coming days --- launch isn't all that far away, after all.

You can't expand the storage

It's just as well the 128GB Note 5 did make an appearance as Samsung took the decision not to include a microSD slot. In terms of data there has been a slow and steady move to cloud storage, but when it comes to apps, photos, and files that need to be accessed offline, the ability to expand storage space is something that a lot of people still look out for. Just like Apple, Samsung is now forcing customers to think very carefully before making a purchase -- spend a little to make a saving and run the risk of running out of space, or splash the cash in the hope that it will future-proof your handset? The choice is yours.

It has the same processor at the Galaxy S6 Edge+

The eight-core Exynos 7420 processor is quite a powerhouse. With half the cores running at 1.5GHz and the other half at 2.1GHz, this is a processor that will handle just about anything you might throw at it.

There is no removable battery

Like the lack of removable storage, the ability to switch out the battery is an option that's missing from the Galaxy Note 5. It's something that users care passionately about, or could not care less about -- there is usually no middle ground. If you want to be able to take a spare battery on the road with you, this is not the phone for you. If you're less demanding in the power department, or can make do with an external battery pack, the 3,000 mAh battery should see you through -- and it's a fast-charging, wireless power pack to boot.

It's hard not to be impressed by the Galaxy Note 5's display. At 5.7 inches, it's venturing into phablet territory, but it's not just about size. It's a QHD Super AMOLED screen with a resolution of 2,560 x 1,440 pixels, equating to 518 ppi and the shrunken bezel means that more of the front of the phone is take up by the display.

Paying for shopping with a phone is not new by any means, but Samsung Pay -- supported by both the Galaxy S6 Edge+ and the Galaxy Note 5 -- could improve its appeal. By supporting not only NFC but also MST (Magnetic Secure Transmission used by credit card readers) you should be able to pay with your Note 5 in more places than you are able to use other phones.

All metal and glass design

With the Note 5, Samsung has taken build quality up a notch, eschewing plastic in favor of metal and glass. The company has long been accused of borrowing ideas from Apple for its handsets, but few people would complain about the effect this has had on build quality.

There's a physical keyboard if you want it

We thought the days of physical buttons on phones were all but dead, but there is still demand for BlackBerry-style keyboard from some quarters. There's nothing to stop you from pairing up any old Bluetooth keyboard to the Note 5 to speed up your typing, but Samsung has a better option. Its keyboard cover snaps into place over the display to make lengthy typing sessions a breeze -- assuming you haven’t become reliant on the likes of Swype, that is.

The S-Pen has always been one of the Note's key selling points, and in the Note 5 Samsung has taken the time to make a few refinements. Perhaps the most notable change is the click mechanism that locks the pen in place when it's not in use, and eliminating the need to scrabble with a fingernail to pull it out to make a quick note. The on-pen button has also been re-designed to make accidental presses less likely. The physical improvements are bolstered by improvements to the S-Pen software, opening up new ways of interacting with your Note 5 including annotating PDF, and scrolling screen capture.