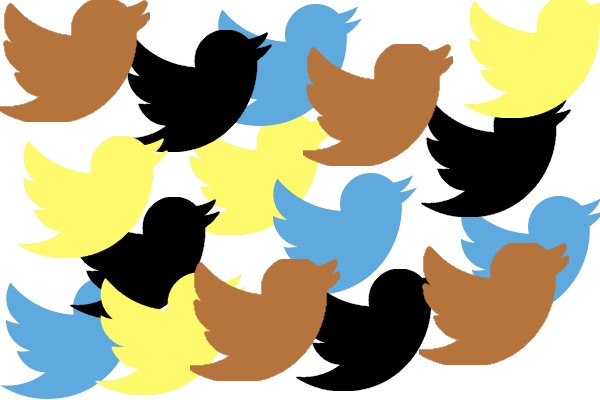 Workforce diversity is something that every company wants to be seen to be getting right. At the moment -- particularly in the world of technology -- they're failing spectacularly. As in so many walks of life, it's a world dominated by white, middleclass men, and it's a problem that gets worse the further up the hierarchy you look. Facebook, Google, Amazon, Apple, Microsoft. They all have one thing in common: a desire to be seen as the most welcoming, ethnically and sexually diverse, forward-thinking companies out there.

It's great PR, and now Twitter is trying to step up its game. News of a commitment to making the Twitter workforce more diverse sounds great, but sounding great isn’t the same as being great. I've mentioned that talk of diversity is good public relations, and that's exactly what we see here -- spiel, empty gestures, misguided proposals, and embarrassingly ham-fisted approaches. Now Twitter is taking things a step further.

The company has announced that it is "committing to a more diverse Twitter". In a blog post by the vice president of Diversity and Inclusion, Janet Van Huysse (my god... a woman! How diverse!) we are fed a three course meal of bluster, hot air, and marketing spiel. Of course Twitter is 'committing' to a more diverse Twitter. It would be madness not to! Everyone else is doing it, so why don't we?

How will it do this? It doesn’t really seem that Twitter has quite yet worked this out. Or if it has, it's not sharing this information -- which is odd when you consider that this is supposed to be an exercise in accountability and transparency. Janet Van Huysse wheels out some impressive-sounding phrases. Twitter will reach its goals by "building strong partnerships with organizations that create opportunities for underrepresented minorities", by "actively recruiting at colleges and universities for underrepresented talent", and "refining our recruiting and hiring practices to attract more diverse candidates".

This might look good on paper, but what does it actually mean. Break it down, and Twitter is basically saying that it wants things to be better than they currently are. The company gives no indication that it understands why things are the way they are, or what steps are actually needed to make progress. The post is almost a logic puzzle, filled with circular reasoning. "We want to create a workforce with more minorities in it, so we'll hire more minorities". Lovely... but how? How will processes change? Is there something about Twitter that makes it unappealing to minorities? Is the company infected with institutional racism? What are the problems that you have identified beyond not having enough different colored faces?

With issues like this -- particularly in relation to large companies on a public stage -- details matter. It's all very well to say that things will get better, but if we can't follow what's happening, if we don’t know how things are being measured and how existing systems are changing, how can we tell if whatever program that has been put in place is actually effective? How can we be sure that the figures are meaningful? It would be easy to hire a bunch of people who fit the ethnic profile which the company currently lacks, but we're not just talking about numbers on one particular day. Will these people stay in employment? Will they have the same opportunities as the dominating white, middleclass employees who are already in place? Will pay structure be the same? Will preferential treatment or positive discrimination be used to ensure that targets are hit? What is more important to Twitter -- being seen to strive for a diverse workforce, or actually creating and feeling the benefit of a truly diverse workforce?

But there is another question that needs to be answered.

What are the consequences of Twitter failing to hit its targets? In twelve months' time, most people will have forgotten about the promises that have been made. There will, of course, be websites and blogs that are only too quick to jump on the company when the year is up and see if Twitter has met its goals. If it hasn’t, what's going to happen? Twitter will be criticized and lambasted. That happens anyway. Plus ça change, plus c'est la même chose. Even if the company fails spectacularly, gets nowhere near its targets, if nothing changes at all -- even if things get 'worse' -- Twitter will say that it tried... and, ultimately, that's all that matters as far as PR is concerned.

Everything Twitter says may sound wonderful. What it actually means, if it actually amounts to anything, and if the execution is not an embarrassment, are entirely different matters.