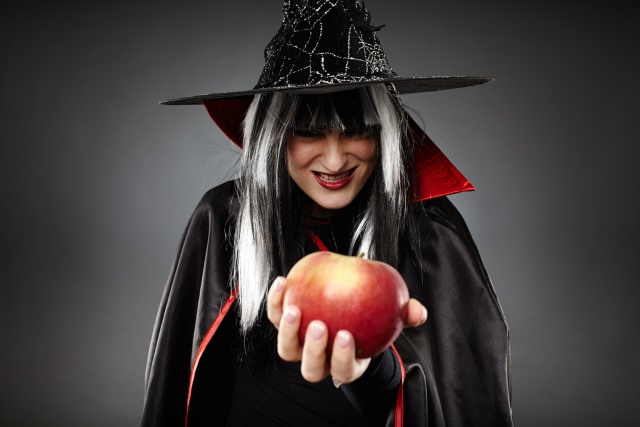 Diversity is one of the latest buzzwords that tech companies are keen to throw around whenever the chance arises. If you were to knock back a shot of something every time it cropped up in press releases, keynote speeches, and company reports, rates of global alcoholism would shoot through the roof. Now a follower rather than a leader, Apple is ready to jump on just about any bandwagon that happens to be passing.

Google, Microsoft and other companies have recently waxed lyrical about the diverse sexual and racial makeup of their workforces -- it looks great for public relations, after all -- and Apple wants a slice of that pie for itself. It's a company that is highly adept at capturing the zeitgeist; as my colleague Joe Wilcox puts it, Tim Cook is an opportunist. The latest attempt to curry favor with the in-crowd, it seems, is to wheel out a few token women at today's WWDC keynote.

Now don’t get me wrong: clearly it’s a great thing to see more women changing the public faces of companies. Of course we should welcome the fact that women have an equal footing with men in the work place and should applaud companies that encourage the female contingent in the workforce. But actually, should we? Is this not just the way things should be? Women account for around half of the population of the world, does the law of averages therefore not suggest that there should be -- broadly speaking -- a similar percentage of women found in the workplace?

Sadly not. We know from the diversity reports published by the likes of Amazon that companies are still dominated by white men. Google et al are very quick to point out what they are doing to encourage woman not only to work for them, but also to work their way up through the ranks. This is not something that is praise-worthy, it's the natural order of things. The male-dominated work arena -- particularly in the world of tech -- is a duller, sadder place because of the shamefully small number of women working in the industry, with a few notable exceptions.

At today's WWDC keynote we are being told that the speech will feature women. Actual women, in person (where have they been hiding up until now?). Not just another middle-class, middle-aged white guy dressed in black, but a real, walking, talking woman. The cynic in me -- and I have a feeling I'm not alone -- can’t help but feel that this is little more than a case of ticking boxes on a checklist. X percent of gay workers... check! X percent of disabled workers... check! X percent of female workers... oh... hang on... we're a bit short in this department. That doesn’t look good, does it? Let's push someone suitably feminine to the front while it's business as usual in the background.

Let's just hope that whichever woman (or women... let's be optimistic here) are wheeled out for the event do not find themselves in the position for tokenistic reasons. Other tech firms have shown themselves to be keen to be noticeably tackling the 'problem' of a lack of LGBT diversity in the workplace, but there are two dangers here. Firstly that it results in positive discrimination (it should always be the case that the best person for the job gets the job, but that's not to say there isn’t more that could be done to encourage a wider range of people to enter certain fields of work so there is a larger pool to select from) which is never a good idea in the long-, medium-, or short-term.

Secondly, there is the risk that -- and I very much feel that this is what is happening time and time again -- companies use the fact that they employ women (or black people, or gay people, or disabled people, or whatever group of people we happen to be focusing on at the time) as a marketing tool. Yes, obviously -- assuming it happens -- the appearance of women on-stage at WWDC is a good thing. But it shouldn't need to be engineered. When it happens, it shouldn't need to be pointed out. The fact that it is happening at Apple doesn’t mean that Apple is great. It just means that it is doing what it should be doing -- reflecting the naturally diverge nature of humanity and nurturing the skill and talent it finds there.

We should be berating companies that are not diverse rather than lauding those that are. Don’t let Apple chalk this up as a win.