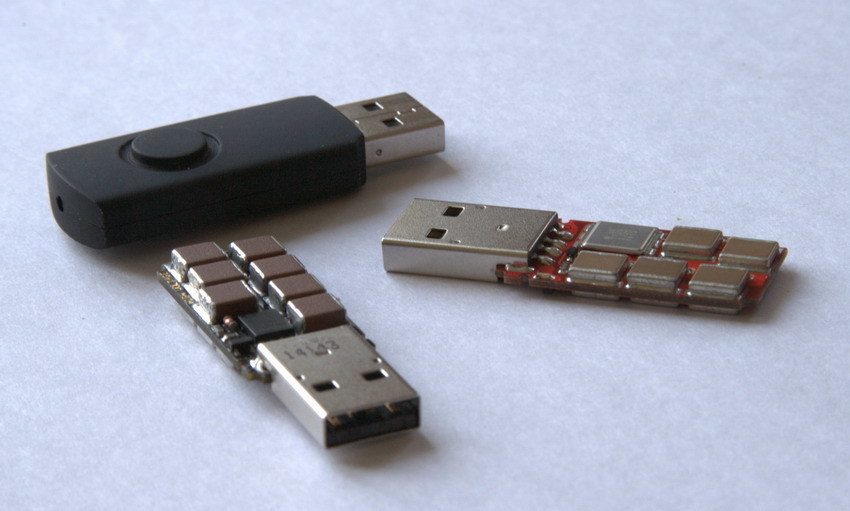 Just as sharing floppy disks in the 1990s carried the risk of infecting your PC with a virus, so sharing USB flash drives carries the same risk today. Fortunately you can easily protect against that kind of threat by disabling autorun and also installing a decent anti-virus program.

However, a Russian security expert has created a new, far more dangerous USB stick, which doesn’t carry a virus, but rather a deadly charge of power which can fry any device with a USB port in a matter of seconds.

USB Killer v2.0 works by drawing a small electrical charge from the host device, and storing it in an internal capacitor. When it reaches 220 volts, the USB stick sends the charge back into the host device, and then starts the process all over again. This power surge, naturally, fries the internal components killing the target device stone dead. Nasty.

USB Killer v2.0’s designer, who goes under the pseudonym of Dark Purple, shared details of his device on a Russian IT and computer science blog called Habrahabr, and even included a terrifying video showing it at work.

Dark Purple points out that while the device can fry a motherboard, the hard disk and data on it is unlikely to be damaged. So that’s okay then.