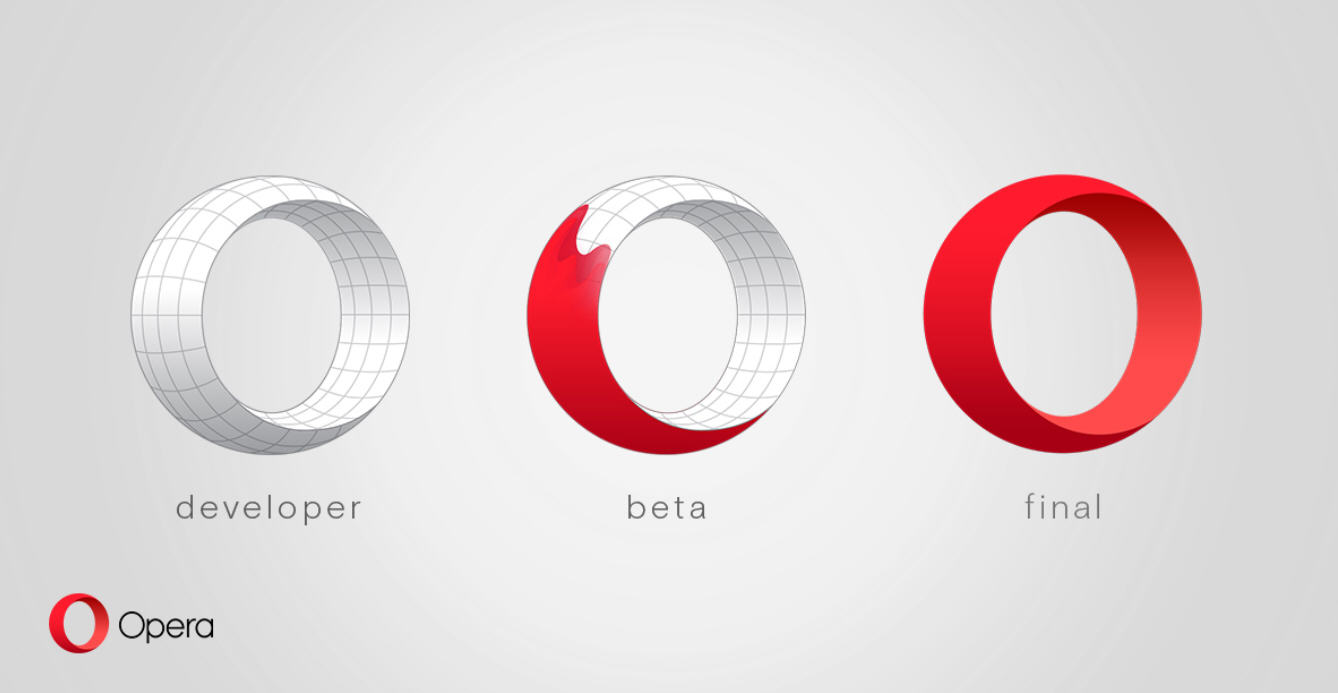 Opera FINAL 33 has shipped, complete with its brand new identity.

This isn’t just about a new icon. No, really. It’s three: a wireframe icon for the developer build, a partially painted version for betas, and a full 3D O for the final release, in Opera’s signature red.

It’s also a symbol, the company explained last month, representing "a portal quickly connecting you with what you’re looking for on the web".

The Linux build can now detect and use the chromium-codecs-ffmpeg-extra package to support H264, MP3 and other media codecs.

There are also a few bug fixes, including one for Mac where Opera might crash on launch when the bookmark bar was enabled.

Opera FINAL 33 is available now as a freeware download for Windows, Mac and Linux.

One Response to Opera 33 arrives with new branding