Apple Watch will rule the smartwatch market for years to come 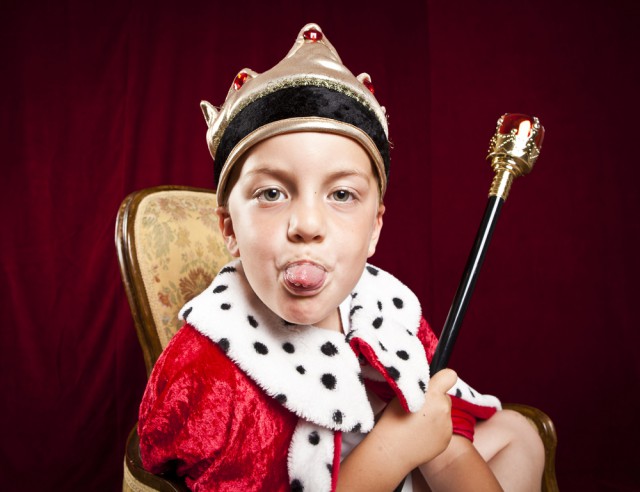 Apple Watch will be the most popular smartwatch in 2015, according to a new forecast from IDC. The firm expects shipments of the device to reach 13 million units, which would give it a market share of 61.3 percent. IDC says that 21.3 million smartwatches will be shipped this year.

IDC also makes a prediction for how the smartwatch market will look like in 2019. And things continue to look good for Apple and its watchOS -- the operating system that runs on Apple Watch -- for years to come.

"Apple's watchOS will lead the smartwatch market throughout our forecast, with a loyal fanbase of Apple product owners and a rapidly growing application selection, including both native apps and Watch-designed apps", says IDC. "Very quickly, watchOS has become the measuring stick against which other smartwatches and platforms are compared. While there is much room for improvement and additional features, there is enough momentum to keep it ahead of the rest of the market".

In 2019, shipments of watchOS devices -- most likely, Apple Watches -- will be 45.2 million units, out of a total of 88.3 million units for the whole market. Market share is expected to be 51.1 percent, with Android Wear coming in second place with 38.8 percent thanks to shipments of 34.3 million units.

"Android/Android Wear will be a distant second behind watchOS even as its vendor list grows to include technology companies (ASUS, Huawei, LG, Motorola, and Sony) and traditional watchmakers (Fossil and Tag Heuer)", adds IDC. "The user experience on Android Wear devices has been largely the same from one device to the next, leaving little room for OEMs to develop further and users left to select solely on price and smartwatch design".

Third place will go to Samsung's Tizen, which will ship in 2.5 million units and have a market share of 2.8 percent. Meanwhile, Pebble will fall to fourth place.

"Smartwatch pioneer Pebble will cede market share to AndroidWear and watchOS but will not disappear altogether", explains IDC. "Its simple user interface and devices make for an easy-to-understand use case, and its price point relative to other platforms makes Pebble one of the most affordable smartwatches on the market".

Even though IDC says that Tizen has what it takes to compete against Android Wear, the firm does not see it as a huge threat to Android Wear, or Apple Watch for that matter. "Samsung's Tizen stands to be the dark horse of the smartwatch market and poses a threat to Android Wear, including compatibility with most flagship Android smartphones and an application selection rivaling Android Wear. Moreover, with Samsung, Tizen has benefited from technology developments including a QWERTY keyboard on a smartwatch screen, cellular connectivity, and new user interfaces. It's a combination that helps Tizen stand out, but not enough to keep up with AndroidWear and watchOS".

It is worth keeping in mind that these are projections based on how the smartwatch market currently looks. IDC cannot realistically take into account how different changes will impact the market in the foreseeable future, which is why you should take this forecast with a grain of salt. The complete standings can be found below. 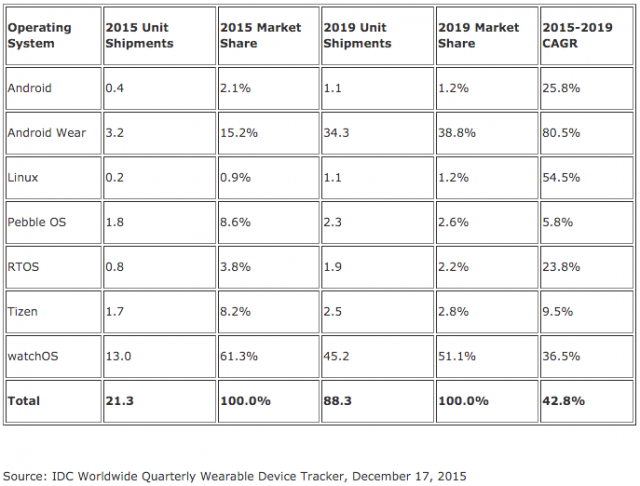