Adoption of cloud computing in the enterprise: The progress in 2015 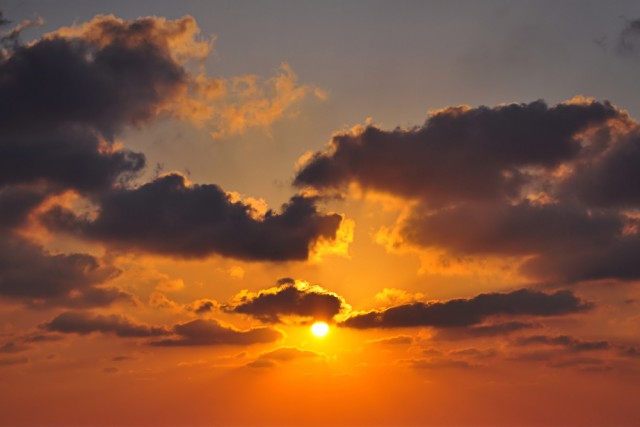 In general, cloud penetration across the enterprise in terms of workloads being completed continues to be at a relatively low level, with many analysts firms reporting that penetration is at rates of less than 10 percent.

That said, the journey has begun in most organizations and Ovum has identified that nearly 75 percent of organizations will adopt some hybrid cloud strategy by 2016.

We’re seeing a mixture of SaaS, PaaS and IaaS being consumed by organizations which are clearly determined to utilize next generation cloud technologies to make themselves not only more agile, but also more focused on their own businesses and less on the business of IT.

How Will the Elimination of US Safe Harbor Impact This Momentum Going Forward?

Safe Harbour protections of PII data are, in essence, to be lifted by 1 January 2016. With little time remaining to react, the overwhelming number of US-based SaaS providers are ill prepared to offer a sovereign European SaaS solution within the time available. What’s more, there are also cases such as the US government vs. Microsoft looming in which the central issue of data privacy is evolving from data location to data stewardship. Organizations in general are more questioning not only about where their data is stored, but also the nationality of the company that is offering the data management service.

The net viability of popular enterprise SaaS services offered by US companies -- either with data centers in the US or elsewhere -- is being called into question. In response to the uncertainty and chaos, we’re seeing enterprise customers gravitate to application deployment models where the data, the metadata and the encryption keys are owned and managed exclusively by the customer and stored in the data centre or the secure virtual private cloud of their choice.

What Are Some of the Big Enterprise Use Cases That Are Driving Cloud Adoption?

Outside of Platform 3 (in IDC terms) applications that were built from the ground up for the cloud, data archiving, remote backup and collaboration have historically driven the adoption of cloud services in the enterprise.

Looking into 2016, while the SaaS concerns have yet to be resolved, we have seen a dramatic spike in organizations adopting cloud infrastructure and IaaS services to modernize every aspect of their application stack -- adoption is no longer limited to a subset of IT use cases.

In addition, as experts continue to suggest that public cloud infrastructure is no less secure than private cloud, enterprises are enjoying relative freedom and the advantage of deploying their applications on the clouds that are most suitable for their business.

Why Can’t Traditional Tools Be Used For These Use Cases?

Legacy IT doesn’t come along for the ride for a number of reasons. First, clouds are built to be managed by APIs and legacy tools lack automation, orchestration and all of the aspects of cloud frameworks that reduce administration overhead and enhance the economics of cloud computing.

Second, new software defined infrastructure has non-traditional interfaces that legacy software simply wasn’t designed to efficiently run on. In addition, legacy solutions can’t exploit all of the economic benefits -- for example, object storage is as much as 80 percent less costly as traditional storage -- but you need to program your application to write to new cloud APIs.

Are There Security Barriers That Are Preventing the Broader Adoption of Cloud Services?

These barriers are quickly being broken down and many of the world’s largest companies are integrating many cloud services into a single cloud fabric where simple policies can dictate where and how an application is deployed. Business decisions, such as pricing, performance and features, will drive the on-premise vs. off-premise debate even more than security in 2016. There are pros and cons on each side that need to be carefully weighed.

Do You Have Any Predictions For the Cloud Security in 2016?

While security will only get better -- operational and stewardship transparency should drive the data security discussion more than the occasional exploits and hacks. Given that Safe Harbor was essentially struck down by a consumer -- a Facebook user -- we foresee the very real possibility that consumers will drive enterprise behavior more than ever before. They will not only sue consumer services that are not compliant, but they will also sue and penalize enterprises that fail to adopt sovereign, secure SaaS offerings.

When Will the Cloud Storage Race to Zero Actually Hit $0?

Quite possibly, this could happen. We’re already pretty close to $0 where storage is under $1/GB/mo (plus egress fees) for active data sets. While it’s unlikely that we’ll see $0/storage in 2016, we will certainly see storage continue to be a loss leader that drives data into a cloud which then presents different opportunities for cloud vendors around security, insight and data management.

When It’s All Over, Which Will Win -- Private Cloud, Public Cloud, Hybrid Cloud?

In the near term, hybrid cloud strategies will be the strongest way to bridge legacy data center and cloud practices within a single organization and will continue to be very popular. Hybrid cloud enables organizations to place data and applications on whatever infrastructure they want -- and provides the greatest spread of options for the enterprise. The combination of legacy and modern technology, on the other hand, requires some serious re-thinking on tools, application provisioning, data governance, data protection and compliance.

Companies that have figured out how to logically decouple data and applications from any specific data center or cloud will be critically important to further IT strategy -- whether they choose one or more clouds to run their business from.

Jeff Denworth, the senior vice president of marketing, at CTERA