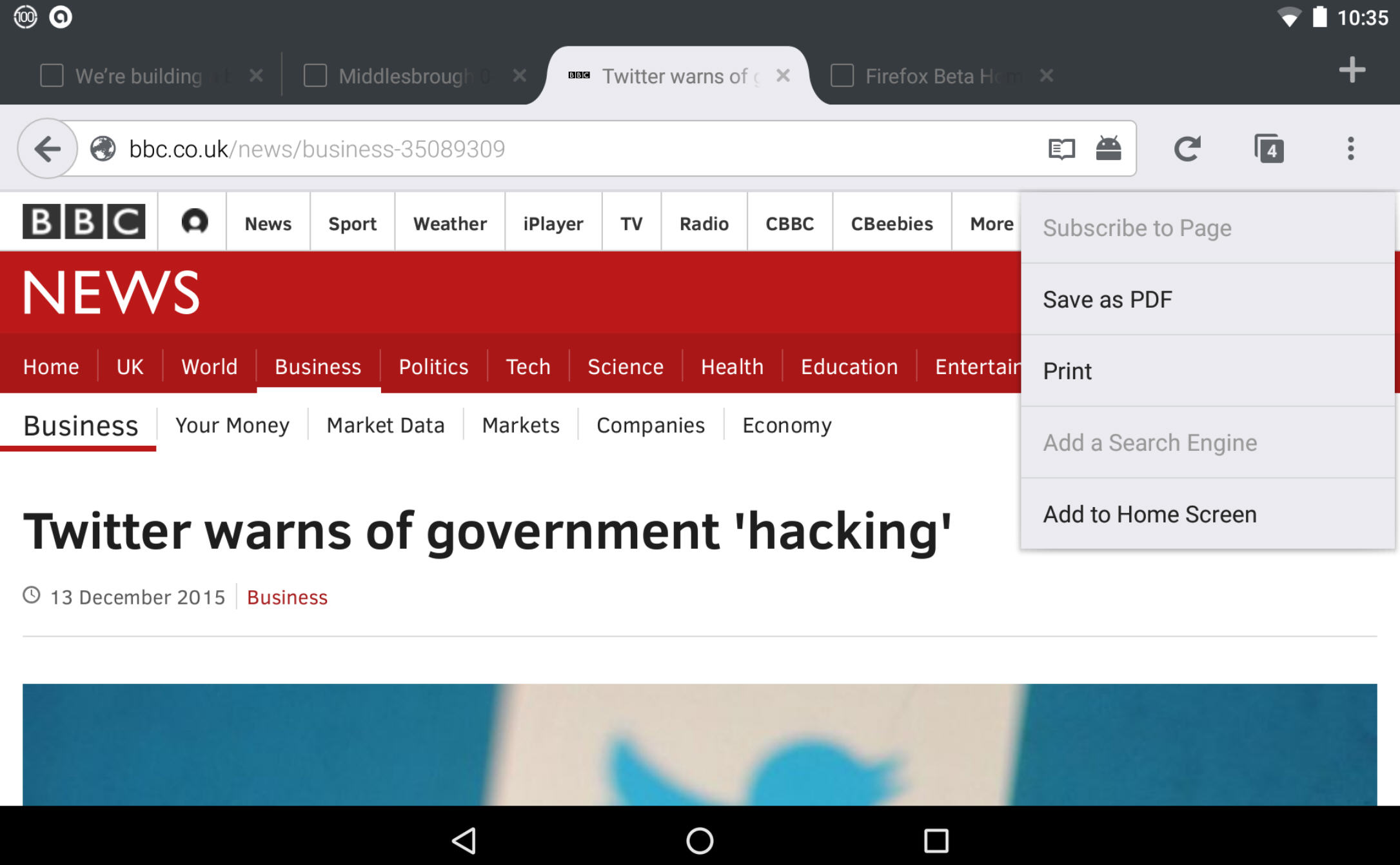 Mozilla has released Firefox 44 FINAL for Windows, Mac and Linux, with Firefox 44 for Android hot on its heels. Like the previous release, the most visible changes are reserved for the mobile build.

Android users gain support for cloud printing and improved search tools, while desktop users can now watch H.264 video on supported systems. Most other changes are under the hood or aimed at developers.

Once again, the Android release is the one that will turn heads. Users can now send pages to their cloud-enabled printer using the Android print service via the new Page > Print command.

Other new features include an improved tab tray on phones, the ability to choose a specific home page (rather than the Top sites panel) when launching Firefox, and a web-based Firefox Accounts page.

Three new search features include the showing of search history suggestions, easier access to search settings when performing a search, and a link to the option for customizing search providers when users tap the search label in the quick search bar.

Users will also now be prompted when in Private Browsing mode if they tap a link that launches an app direct from a web page. The Android build also now supports URIs that use the mms: protocol.

The desktop build will now enable H.264 video if a system decoder is present, or fall back to WebM/VP9 on systems that don’t support it. There are also improved warning pages for certificate errors and untrusted connections.

Developers gain many improvements, including one to the recently introduced Animations view in Page Inspector, with lightning bolt icons signifying those animations running on the compositor thread.

One regression is that support for on-screen keyboards in Windows 8 and 8.1 has been temporarily turned off. A bug preventing the disabling of the XP and Vista screensaver when watching videos has -- however -- been fixed.

Firefox 44 FINAL is available now as a free, open-source download for Windows, Mac and Linux. It’ll soon be joined by Firefox 44 for Android.