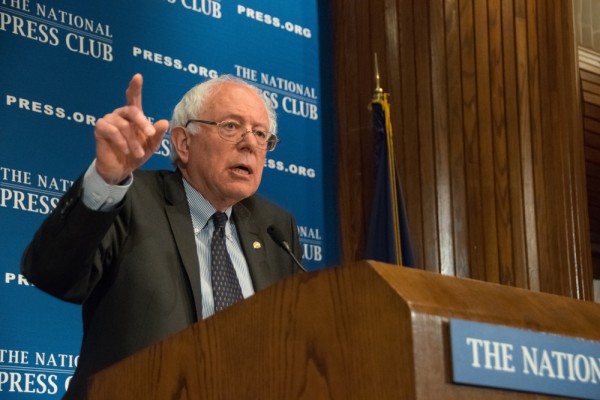 When it comes to government agencies at all levels, and things like the voting process, I am a hardcore believer in open source being necessary. To truly know that votes are being counted correctly by machines, only open source would allow independent auditing. It will also help to prevent unknown backdoors in secure government computer systems.

Closed source technologies from companies like Microsoft could, in theory, contain backdoors or vulnerabilities that hackers and evildoers could exploit. Even worse, Microsoft or its employees could purposely alter voting software to influence outcomes. Am I saying the company is doing this? Not at all. But with closed source software, there is no way to know for sure. Now, Bernie Sanders' campaign is questioning Microsoft's technologies being used in Iowa Caucuses. You know what? They have a point.

Speaking of its Iowa Caucus solution, Microsoft says the following.

Built on Microsoft technology, the new platform will feature a secure system, which will enable precincts to report their results directly by party and will ensure that only authorized Iowans are reporting results. This announcement represents the first-of-its-kind major technology component to caucus reporting.

Under the new system, each Iowa political party will have their own app available on all mobile and PC platforms, which will support the party’s unique caucus voting process. The reporting apps may be used in every precinct in Iowa by both parties. The results will be securely stored and managed in Microsoft’s Azure cloud computing platform.

On the surface (pun not intended) it looks like Microsoft is merely attempting to use its expertise and technologies to improve the process. Maybe it is. Here's the problem -- in the past, Microsoft employees had donated hundreds of thousands of dollars to Hillary Clinton's senate campaign. This is arguably a conflict of interest.

Look, companies and its employees donating to politicians is not inherently wrong. While it could potentially influence elected officials later, that ultimately falls on the recipient of the funds. Quite frankly, Microsoft employees have the same rights as anyone else as to whom they support.

Still, it is always smart to be cautious. Pete D'Alessandro, a high-ranking member of Bernie Sanders' Iowa campaign told MSNBC "you'd have to ask yourself why they’d want to give something like that away for free".

D'Alessandro further told the network that the campaign will simultaneously use their own system due to an apparent mistrust of Microsoft's offering. He says, "it's just a way that our folks can have an app that we trust to get the numbers to us in a timely fashion. I’m always going to be more for sure on the stuff that my people had control over the entire time… If there are any problems, we can spot them right away".

Is Bernie Sanders' campaign correct to question Microsoft? Absolutely. With that said, I think it is smart to question the motivations of any company whose technologies could influence an election.

If Bernie does win the nomination, and ultimately the presidency, I hope he remembers this moment and decides to mandate open source in the US government. Microsoft isn't the problem here, closed source is.

Should closed source technologies be used in election outcomes? Tell me in the comments.