If Apple iPad Pro is a failure, why did it beat Microsoft Surface in sales? 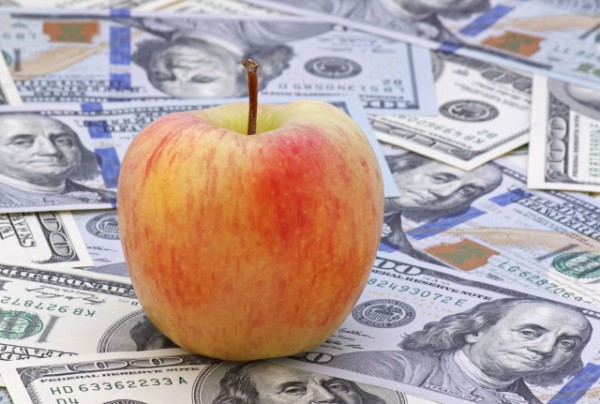 For a while, it seemed like everything Apple touched turned to gold. iPod, iPhone, iPad -- all changed the computing landscape. Unfortunately, the more recent products such as the Apple Watch and iPad Pro were viewed by many pundits to be weak. Heck, some have called the iPad Pro a failure.

But what if iPad Pro wasn't a failure? What if those pundits were wrong? Microsoft's Surface line has been viewed as a success -- part of the company's turnaround story. With that said, would you be surprised if I told you that the iPad Pro significantly beat the Surface during the holidays? Well, it is true. The perception of weak iPad Pro sales was exactly that -- perception only. The reality is, iPad Pro destroyed Surface in Q415.

"Despite the holiday season, the worldwide tablet market declined yet again in the fourth quarter of 2015 (4Q15) with 65.9 million units shipped, down -13.7 percent year over year, according to preliminary data from the International Data Corporation (IDC) Worldwide Quarterly Tablet Tracker. Total shipments for 2015 were 206.8 million, down -10.1 percent from 230.1 million in the prior year. Despite the market's negative trajectory overall, shipments for detachable tablets reached an all-time high of 8.1 million devices", says IDC.

Jean Philippe Bouchard, Research Director, Tablets at IDC explains, "one of the biggest reasons why detachables are growing so fast is because end users are seeing those devices as PC replacements. We believe Apple sold just over two million iPad Pros while Microsoft sold around 1.6 million Surface devices, a majority of which were Surface Pro and not the more affordable Surface 3. With these results, it's clear that price is not the most important feature considered when acquiring a detachable -- performance is".

Think about it folks. Apple sold 2 million iPad Pro computers, compared to 1.6 million Surface tablets. These sales figures only include the Pro variant of Apple's tablet, while Microsoft's total includes all Surface variants. This makes Apple's sales much more impressive.

Taking it a step further, and making it even more amazing, the iPad Pro did not go on sale until mid-November. This means Surface had a month-and-a-half head start for Q415 and still lost. Yikes.

Does this signal that the iPad Pro is a success? Tell me in the comments.

163 Responses to If Apple iPad Pro is a failure, why did it beat Microsoft Surface in sales?