Snowden: I couldn’t trust Microsoft so I used free software like Tor, Tails and Debian 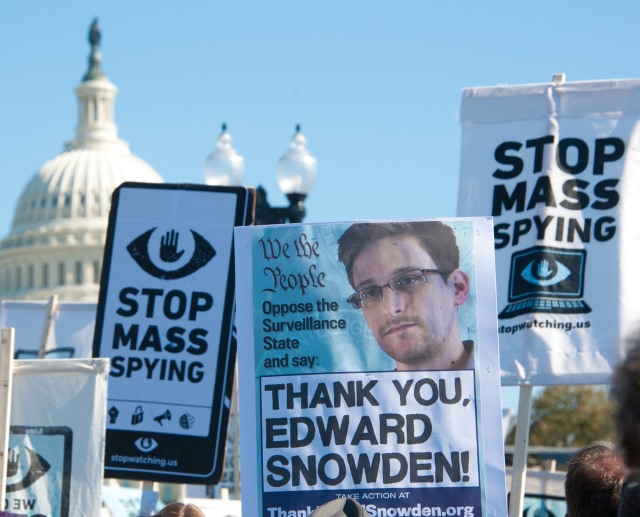 At the Free Software Foundation's LibrePlanet 2016 conference, Edward Snowden credited free software with enabling him to blow the whistle about government surveillance. Speaking via video link from Russia, the former NSA contractor said that "what happened in 2013 couldn't have happened without free software".

But as well as indicating his preference for free, open source software, Snowden revealed that he refused to use Microsoft software because he "couldn't be sure" that there weren't backdoors built in.

He said that the transparency made possible by the open source movement helped people to take control of their privacy and security. He went on to praise Apple for the stance it was taking in fighting the FBI but said that tech companies in general were not doing enough to ensure users' privacy. A case in point was the willingness of many of the big names to hand over data to the government when asked.

As well as privacy, Snowden used his speech to highlight the security offered by open source software, taking a swipe at one of the biggest names in tech:

Snowden is a man famously concerned with the security of software, and highlighted the need not only for the use of encryption, but also for security vulnerabilities to be patched as quickly as possible.

It's not just a question of stable. Stable is important but increasingly, due to the pace of adversary offensive research [being] so fast, if our update cycles are not at least relevant to the attack speed, then we're actually endangering people.

You can watch the full keynote over on LibrePlanet.

117 Responses to Snowden: I couldn’t trust Microsoft so I used free software like Tor, Tails and Debian