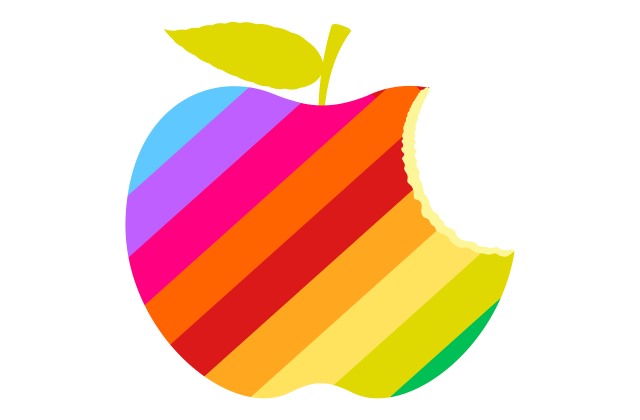 As the battle between the FBI and Apple rumbles on, the debate about encryption has intensified, bringing with it renewed discussion about privacy. There are few people who would want to give up their right to privacy and allow unrestricted access to their personal communication, but there are some for whom privacy is even more important.

Tim Cook is just one of the voices shouting that a backdoor for the government would be a backdoor for anyone. Most people and companies have sided with Apple saying that rather than backdoor access, what's needed is stronger encryption, greater security, even more robust privacy. It's something that has the support of people from all walks of life, but it's an issue that's very close to the hearts of the LGBTQ community.

This is an argument put forward by Victoria Ruiz, lead singer of the punk band the Downtown Boys, and Evan Greer, campaign director of digital right group Fight for the Future. They describe the media response to the Apple/FBI case as a circus and suggest that this masks the real human consequences that could follow on from the FBI getting its way. They say that "for millions of people, privacy and digital security are essential for their physical safety. They're not luxuries, they’re necessities".

In some parts of the world, for example, homosexuality remains illegal. Ruiz and Greer also point out that "in the majority of US states, for example, you can still be legally fired just for being gay". With these two facts in mind, the pair say that "the potential consequences of a data breach for many LGBTQ people could be far more severe". This is just one of the reasons strong encryption is not just important, but vital.

LGBTQ people around the world depend on encryption every day to stay alive and to protect themselves from violence and discrimination, relying on the basic security features of their phones to prevent online bullies, stalkers, and others from prying into their personal lives and using their sexuality or gender identity against them.

In areas where being openly queer is dangerous, queer and trans people would be forced into near complete isolation without the ability to connect safely through apps, online forums, and other venues that are only kept safe and private by encryption technology.

These situations are not just theoretical. Terrifying real life examples abound, like the teacher who was targeted by for being gay, and later fired, after his Dropbox account was hacked and a sex video was posted on his school’s website. Or the time a Russian gay dating app was breached, likely by the government, and tens of thousands of users received a message threatening them with arrest under the country’s anti-gay 'propaganda' laws.

Ruiz and Greer side with Tim Cook and others who say that a backdoor into one phone is a backdoor, potentially, into many -- if not all -- phones. They warn that the FBI is looking to "set a precedent that will inevitably be used to force other encrypted services to do the same". While one of the FBI's lines of argument is that one of the aims of accessing the San Bernardino shooter's iPhone is to protect lives, "they're conveniently omitting the very real ways that punching holes in digital security puts even more people in danger".

Some people will almost certainly pooh-pooh what Ruiz and Greer put forward, and will ask why this is an LGBTQ issue. It's all too easy to forget that the LGBTQ community is frequently a vulnerable one, a community that often needs protection from archaic thinking and abusive groups. In short, encryption can help save lives.

Encryption technology is doing as much, if not more, to keep queer and trans people safe as legislation -- which is spottily enforced, and does not prevent the violence and oppression that many of the most vulnerable LGBTQ populations experience.

If you care about the lives of queer and trans people, you should join the growing movement opposing government backdoors in our phones and computers. Strong encryption is saving lives every day. If we lose it, we risk a lot more than our privacy. We risk losing our most basic right: the right to be ourselves.