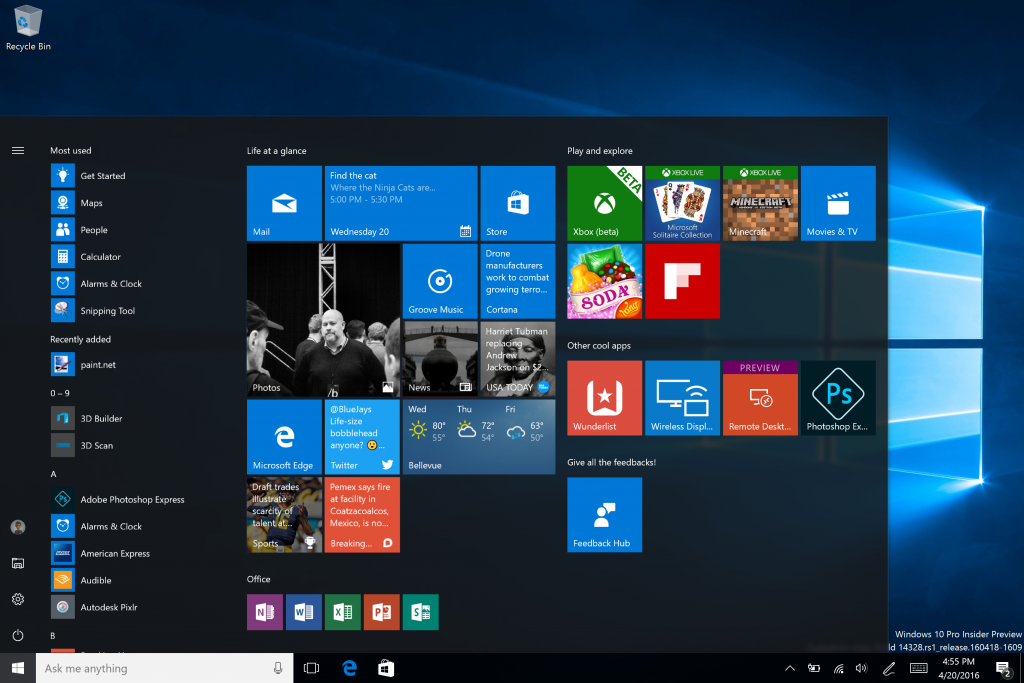 It’s been a couple of weeks since Windows Insiders on the Fast ring got a new build of Windows 10 for PC. A PCI bug prevented a promising build from being released sooner, but the problem has been fixed, and so today Build 14328 arrives for both PC and Mobile.

The past few Windows 10 Fast ring releases have debuted some great new features, and Build 14328 is no different, introducing, among other features, Windows Ink, a wealth of Cortana improvements, and a new Start experience.

You’re probably mostly interested in hearing what Microsoft has done to improve the Start experience in this build, and the answer is it’s merged the Most Used and the All Apps lists into a single view and moved it to the top of the UI. This means you can now quickly access any app from the Start menu with a single click.

The Recently Added entry no longer just shows one app, but three -- and you can expand it to show all of the latest apps. Very handy.

Important functionality such as Power, Settings, and File Explorer are now always visible in the left rail in the Start menu.

Any folders you’ve added to Start (via Settings > Personalization > Start) will display there properly.

The taskbar clock now integrates your calendar, and also appears on all monitors (great for gamers). Taskbar settings will appear in the Settings app, and you can manage multiple playback devices from the Taskbar.

Windows Ink was first announced at Build 2016 a few weeks ago, and if you have a device with an active pen -- Surface Pro 4 or Surface Book for example -- you can use it to write on your device as you would paper. You can create sticky notes and drawings, and it comes integrated into Microsoft Edge, Office and Maps. Microsoft provides more information on Windows Ink in this blog post.

There are loads of changes in this new build including Tablet mode improvements -- a full-screen All Apps list in Start, and auto-hide taskbar -- improvements to Action Center and Notifications (including visual changes and Cortana notifications), and Cortana and search enhancements.

You can now interact with Microsoft’s personal assistant on your Lock screen without needing to unlock the device. If you ask a question that can’t be easily answered, or which requires use of another app, you’ll be prompted to unlock your device.

To enable this feature, open Cortana’s settings, and turn on Let me use Cortana even when my device is locked under Lock screen options. Other Lock screen improvements include the hiding of email addresses, and the addition of media controls at the top of the screen. 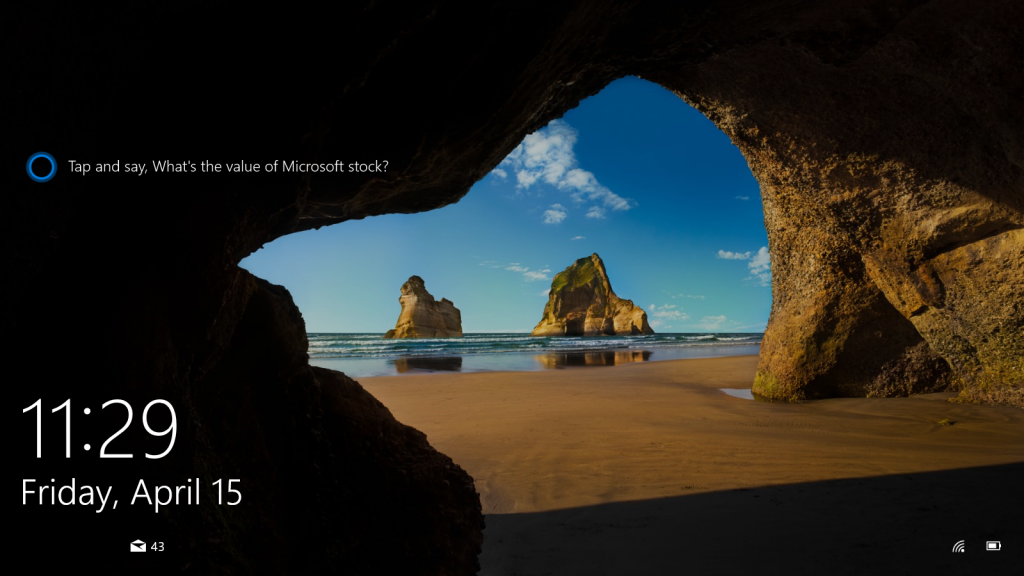 There are now more ways to create Cortana reminders, more cross-device features, and deeper file search with OneDrive integration. You also no longer need to set up Cortana before you can start using her. Obviously this will just give you a taster of what she can do and you’ll still need to sign in and personalize her to get the full experience.

The Settings app has been enhanced, with new icons for individual settings pages, an updated Pen settings screen, and improved app management.

The Windows Insider Program settings now have their own Settings page, and this is where you can join or leave the program.

In addition to all that, you can now switch desktops with the touchpad, and the UAC prompt and credentials dialogs have been given a modern makeover.

The File Explorer icon has been updated too, and File Explorer itself has been unpinned from the taskbar, giving you a little more space. You can always put it back there again if you wish.

As well as all the new features and functionality, there have been plenty of fixes made to the new build. These include:

Of course, as a Fast ring release there are still some known issues to be aware of, and it’s a sizeable list this time around.

The Anniversary Edition is certainly coming along nicely. If you haven't yet upgraded, is there anything in the latest preview builds to persuade you to make the leap to Windows 10?