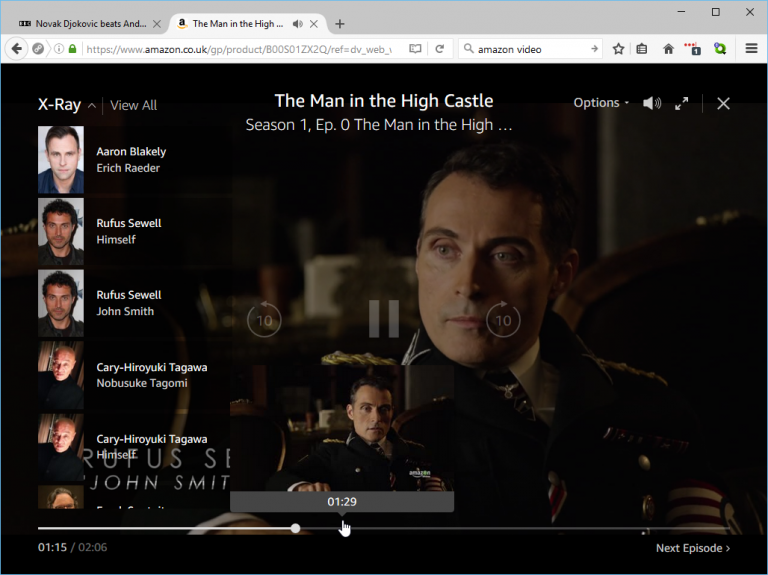 Elsewhere the new build drops support for add-ons that use the Firefox User Extension Library, plus implements a tweak that allows pages in Reader Mode to be read aloud to the user.

Support for Google’s Widevine CDM -- which is currently limited to Windows and OS X -- was first introduced to the Nightly build of Firefox two months ago, and has made a seamless transition to the stable build. It enables supported web sites -- with Amazon Video a prime example -- to stream DRM-protected content using HTML5 rather than forcing users to use a third-party plugin (Microsoft Silverlight in Amazon’s case).

The feature has also been joined by Firefox’s newly acquired ability to stream embedded YouTube videos using HTML5 when the built-in Flash plugin, often a source of security and privacy concerns, has been disabled.

Another new feature sees secure web pages no longer automatically reloading when users navigate use the back or forward button -- this has been implemented for security purposes.

One key change sees support for the Firefox User Extension Library (FUEL) dropped in favor of Firefox’s add-on SDK -- developers should have already updated add-ons and extensions accordingly, but those that haven’t been updated will no longer work as of Firefox 47.

Another change sees the ‘click-to-activate plugin’ whitelist removed, while a third tweak resets the 'browser.sessionstore.restore_on_demand' preference to its default true value for performance reasons.

Developers will find a number of improvements in Firefox 47, the most notable of which is the ability to review Firefox performance data via the 'about:performance' page.

Android updates
Firefox 47 for Android is also due for release, and adds an option to show and hide web fonts under its Advanced settings to reduce data and bandwidth usage.

Other tweaks include renaming 'Open multiple links' under the Customize setting to 'Tab Queue', plus removed support for Android web runtime (WebRT) as well as Favicons in the Awesomebar to prevent HTTPS spoofing. This is also the final release that will support Android Gingerbread.

Firefox 47 FINAL and is available now as free, open-source downloads for Windows, Mac and Linux. Firefox 47 for Android should be released imminently.