Snowden: Scotland has its own NSA conducting mass surveillance of phone and internet activity 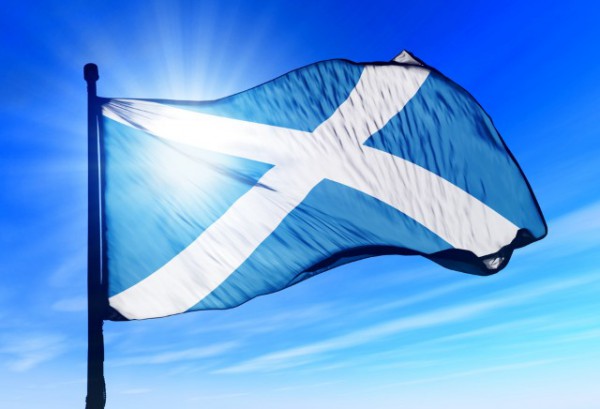 Documents leaked by Edward Snowden reveal that Scottish authorities have been engaged in gathering data about phone and internet usage in much the same way as the NSA and GCHQ. The Scottish Recording Centre (SRC) accessed information gathered as part of a bulk data collection program called MILKWHITE.

Scottish newspaper The National, in conjunction with the website CommonSpace, have exposed Scotland's role in the UK's mass surveillance programs. Police and tax authorities in Scotland -- devolved from UK forces -- were given accessed to what the Intercept describes as 'huge troves of metadata' gathered by spy agencies.

Just as the NSA has done in the US, it seems that the little-known Scottish Recording Centre (SRC) has been engaged in indiscriminate data collection, and has also benefited from metadata collection by other agencies. Richard Haley, chair of human rights group Scotland Against Criminalising Communities, expressed concerns about the lack of transparency:

The Scottish Recording Centre might be unknown to most of us, but the Scottish Government must be familiar with it because of its role in legally authorised interception. Did the Scottish Government know of its involvement in MILKWHITE? If not, why not? And if they did, why didn't they sound the alarm? And for that matter, what is the Scottish Recording Centre? A real set of offices and computers, or just an organisational concept? This practice is a massive intrusion on our privacy and has been hugely controversial.

When asked for comment about the SRC, the Scottish Government said that is was an "operational matter for the Police Service of Scotland" -- who in turn said "Police Scotland does not discuss intelligence matters".

With a population of just over 5 million people, digital surveillance in Scotland is a far smaller operation than in other parts of the world -- and this arguably makes it easier to home in on individuals. Concern has been voiced that the lack of transparency about such surveillance operations means that there is insufficient oversight into what it being done, and how it is being carried out.

The timing of the revelation is significant as the Snooper's Charter (aka the Investigatory Powers Bill) could soon be voted into UK law.

13 Responses to Snowden: Scotland has its own NSA conducting mass surveillance of phone and internet activity