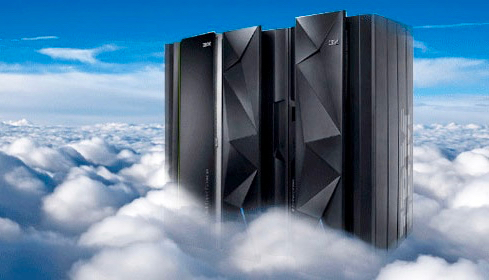 Rumors are flying within IBM this week that the z Systems (mainframe) division is up for sale with the most likely buyer being Hitachi. It’s all a big secret, of course, because IBM management doesn’t tell IBM workers anything, but the idea is certainly consistent with Big Blue’s determination to cut costs and raise cash for more share buybacks. And the murmurs are simply too loud to be meaningless. Think of this news in terms of a statement made last week by an IBM senior executive: "In a world of Cloud Computing, it does not matter what equipment or whose hardware the cloud runs on. We are a Cloud company…"

When this deal closes nothing much will seem to change for awhile, but in the mid term Hitachi (or some other acquirer) is very likely to port the acquired software (MVS, IMS, CICS, VM/CMS, compilers, etc.) to an Intel-based platform.

A multi-core Intel processor is as powerful as a Power chip in a mainframe, and vastly more powerful than the mainframes IBM made in the 1990’s. Commodity chips can do mainframe computing. By porting the OS and software to Intel, Hitachi can free this market from proprietary hardware technology while still maintaining control of the software. The trick will be to host it on a platform that can distribute the load across lots of processors and provide the desired reliability and redundancy. Imagine an Intel based hypervisor with its good SDN (software defined networking) and SDS (software defined storage) now able to support mainframe services.

Instead of turning the mainframe into a hypervisor to run Linux virtual machines, Hitachi would create mainframe VMs that could run on an Intel based hypervisor.

Once this is done, they could port mainframe applications to much cheaper computers, or to a low cost Intel cloud. If Hitachi can’t run these apps on Intel for a tenth of the current cost, they are not trying very hard. Customers would have the ability to host their mainframe applications on the same platform as their non-mainframe apps, and host them anywhere they want.

IBM should have done this years ago. If only they hadn’t sold to Lenovo their Intel-based server business.