Verizon switches on LTE Advanced in 461 cities -- is your phone compatible? 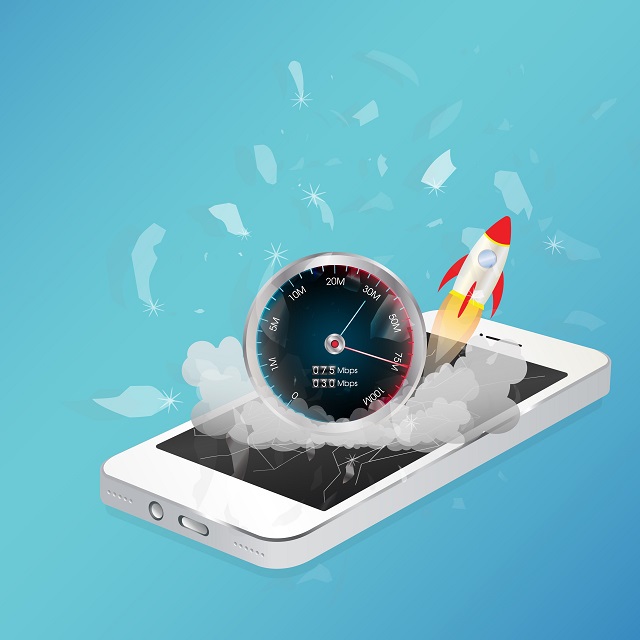 Verizon Wireless is what I consider to be the best cellphone carrier in the USA. Yes, it is expensive comparatively, but you get what you pay for. Both coverage and speed is top notch across the country, meaning you should have a solid experience in many places where you travel.

Today, the carrier announces that its LTE is getting much faster. In 461 cities across the USA, it switches on the speedier "LTE Advanced" (LTE-A). Best of all, many existing devices are compatible. Wondering if your phone, tablet, or hotspot can take advantage? Read on for the list.

"Verizon LTE Advanced uses software that combines multiple channels to speed mobile data over the network more quickly than ever before. The result is 50 percent faster peak speeds in cities nationwide for Verizon customers using one of the 39 LTE Advanced-capable phones and tablets already on Verizon's network -- including top-selling Samsung Galaxy S6 and S7 smartphones, Moto Droids and Apple iPhones. As new devices from Apple, Samsung, LG and other manufacturers are introduced, they will be LTE Advanced-capable right out of the box", says Verizon.

Wondering if your phone, hotspot, or tablet is compatible? Please see the list below.

I reached out to Verizon to find out how a customer can tell when they are on LTE-A. Unfortunately, it will not be displayed on your device. In other words, whether you are on regular LTE or LTE-A, the device will just display "LTE". The only way to tell if you are getting the faster speed is to run a speed test using an app or website. This is a bit disappointing, but since it carries no additional cost, I am OK with it. Hopefully it can be more apparent in the future.

Are you excited for this Verizon LTE roll-out? Check out the infographic below and tell me your thoughts in the comments. 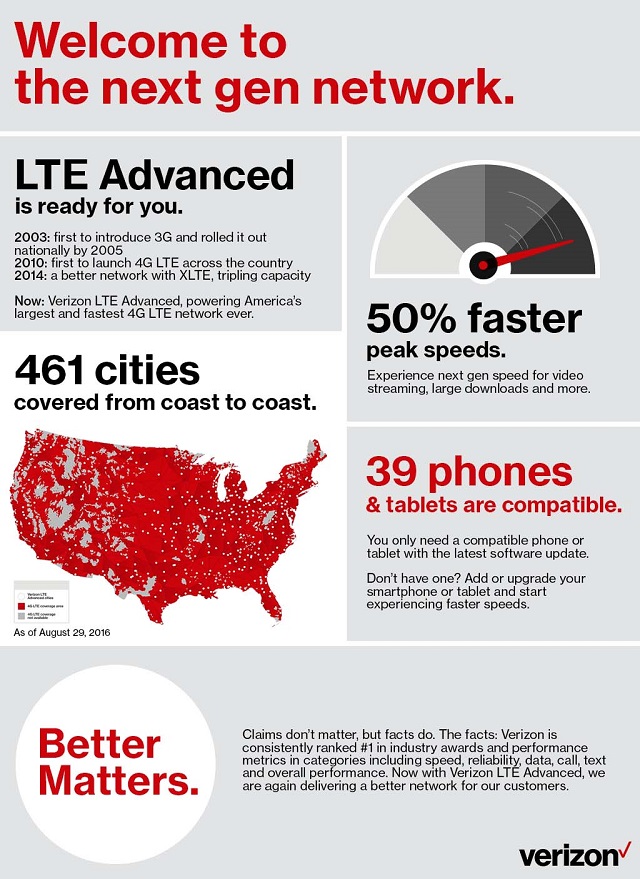 33 Responses to Verizon switches on LTE Advanced in 461 cities -- is your phone compatible?