Tesla Autopilot 8.0 could be less likely to kill drivers thanks to increased radar use 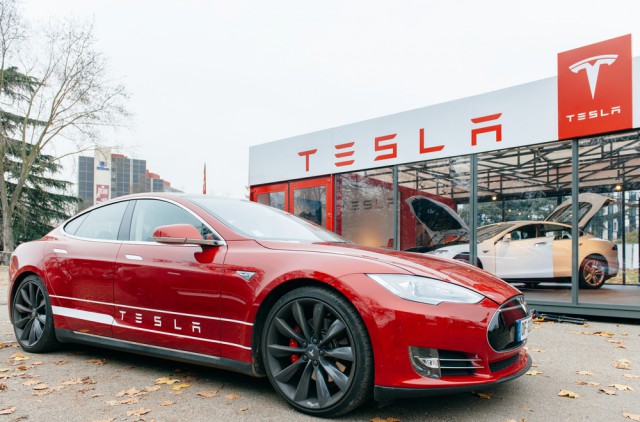 Self-driving cars are undoubtedly the future. With that said, the future is definitely not now. The automotive industry has a lot of work to do before autopilot technologies become the norm. Quite frankly, I wouldn't be surprised if that is decades away. The technology as it stands won't work well in conditions like snow, while city infrastructure and insurance industries will have to be radically refreshed.

Some companies, such as Tesla, are banking on driver-assisted autopilot (not entirely autonomous), where the driver must be awake, alert, and ready to take the wheel if something goes wrong. Unfortunately, people have died from malfunctions or deficiencies in that company's technology. Today, Tesla announces a major change to its Autopilot in upcoming version 8.0. By increasing the utilization of radar, the company hopes to decrease fatalities when the Autopilot technology is in use.

"While there are dozens of small refinements with Version 8 of our software, described in addendum below, the most significant upgrade to Autopilot will be the use of more advanced signal processing to create a picture of the world using the onboard radar. The radar was added to all Tesla vehicles in October 2014 as part of the Autopilot hardware suite, but was only meant to be a supplementary sensor to the primary camera and image processing system", says The Tesla Team.

The team further explains, "after careful consideration, we now believe it can be used as a primary control sensor without requiring the camera to confirm visual image recognition. This is a non-trivial and counter-intuitive problem, because of how strange the world looks in radar. Photons of that wavelength travel easily through fog, dust, rain and snow, but anything metallic looks like a mirror. The radar can see people, but they appear partially translucent. Something made of wood or painted plastic, though opaque to a person, is almost as transparent as glass to radar".

While I appreciate Tesla's focus on driver safety, I am a bit put off by some of its language. In particular, I am concerned by the above line, "we now believe it can be used as a primary control sensor". Look, maybe it is just worded poorly, but I don't want the lives of drivers being trusted to a belief. If Tesla wants to be a true player in the automotive industry, it must use science and guarantees -- not hope. Sometimes progress must be slowed to assure safety, something Elon Musk may not want to hear.

Tesla admits to some quality issues regarding this technology, recognizing weaknesses from the get go. The company says, "any metal surface with a dish shape is not only reflective, but also amplifies the reflected signal to many times its actual size. A discarded soda can on the road, with its concave bottom facing towards you can appear to be a large and dangerous obstacle, but you would definitely not want to slam on the brakes to avoid it".

The problem is, these are not theoretical road conditions -- things like discarded sofas and other items are really out there. Even worse, the perfect roads that the technology craves will never be a reality. If random items on the road can cause Autopilot 8.0's radar to fail, or show false readings, then it is not yet ready for prime time.

Taking it a step further, Tesla's Autopilot technology should arguably be banned until it is truly safe. It is not ethically acceptable to use consumers as beta testers when the product can cause death; real people have died, sadly.

Reuters says the following regarding Autopilot 8.0 after speaking with Elon Musk.

Musk said it was 'very likely' the improved Autopilot would have prevented the death of Brown, whose car sped into the trailer of a truck crossing a highway, but he cautioned that the update 'doesn't mean perfect safety'.

Do you think Tesla Autopilot 8.0 is ready for consumers, or is the technology too dangerous and unproven? Tell me in the comments.

30 Responses to Tesla Autopilot 8.0 could be less likely to kill drivers thanks to increased radar use