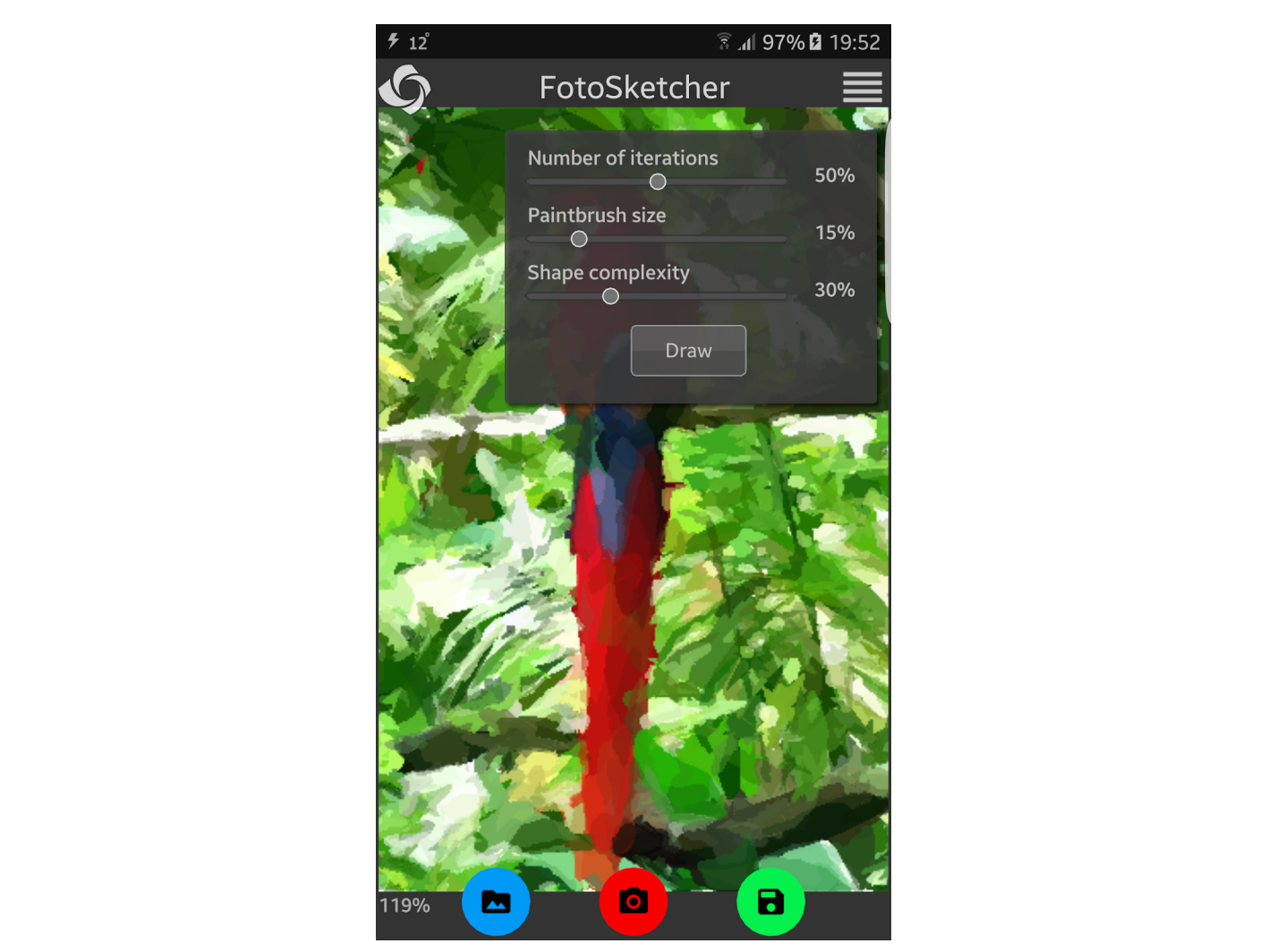 This alpha app is only available as a stand-alone .apk file, and if you manage to install it anyway you’ll find there’s only a single painting effect, and even that is a work-in-progress.

There’s still some value here, though, even at this early stage. The app can work on photos or import pictures from your gallery, you’re able to configure the effect, and save the results with a tap (though only to a "Photos enregistrees" folder).

Our early tests produced some genuinely wall-worthy artwork, although this took a little experimentation. The default settings may be a little too abstracted for some images, and you’ll probably need to increase the number of iterations and complexity settings to get the right effect.

If you just want an "image-to-artwork" converter, we’d ignore FotoSketcher’s app for the moment and try the PC build instead. It’s faster, with many more effects, and effortlessly outperforms most of the commercial competition.

But if you’re already a fan of FotoSketcher it’s exciting to see package finally making it to Android, and even this extremely early release can deliver some great results. Take a look on your Android device, or try it out on an emulator like Nox App Player.

FotoSketcher is available for Android as an .apk file only.