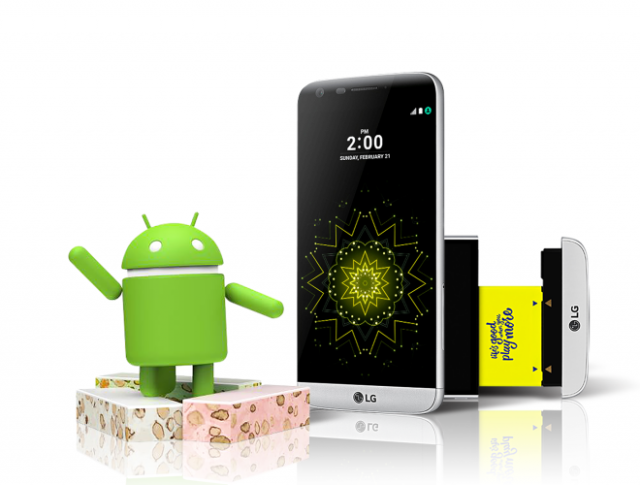 Just over two months after its release, Google reports that Nougat is running on 0.3 percent of Android devices. That is a far cry from the 24 percent share that Marshmallow enjoys, but it should not really surprise anyone considering that the most popular Android devices are rocking an older distribution.

Things will improve as more players release Android 7.0 updates, and the latest to make a move in the right direction is LG. The South Korean maker just announced that it is now rolling out Nougat for its G5 flagship.

"At LG, we know our customers want the best, most up-to-date mobile experience", says LG SVP and head of LG Mobile R&D Kim Hyung-jung. "Getting software updates to our users faster than the competition is our way of demonstrating that LG is committed to supporting our products and customers to ensure they have a positive ownership experience".

The Android 7.0 Nougat update is being made available first in LG's home market of South Korea, but it will soon also make its way to units in other markets, starting with the Americas and Asia.

So, what can you expect? LG says that the Android 7.0 Nougat update for the G5 will bring features like the ability to search in apps (both user-installed and built-in), new multi-window functionality, more custom settings and improved notifications. If you want to learn more about what other changes it packs, check our coverage of Android 7.0 Nougat.

There is no word on European availability yet. LG says that it will provide more information on the local availability of the Android 7.0 Nougat update in the coming weeks.

2 Responses to LG rolls out Android 7.0 Nougat for G5 flagship