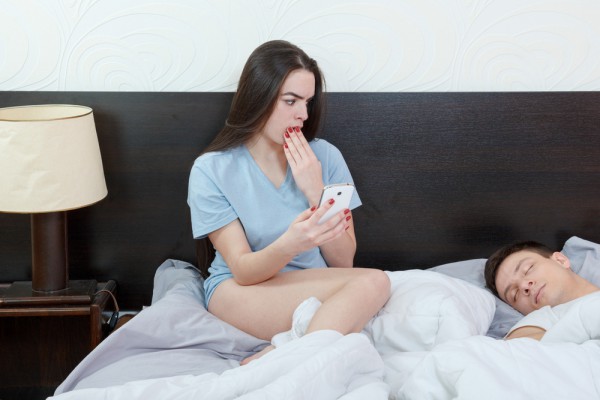 According to an online survey of over 2,000 adults, 39 percent of Americans would sacrifice sex for one year if it meant they never had to worry about being hacked, having their identity stolen, or their accounts breached.

Women are more likely than men to be willing sacrifice a year of sex in exchange for online peace of mind (44 percent vs 34 percent), and sex isn't the only thing people would give up to remove cybersecurity headaches. Four in 10 (41 percent) would rather give up their favorite food for a month than go through the password reset process for all their online accounts.

Aside from presenting the opportunity of another gratuitous mention of 'sex' in a headline, the Harris Poll on behalf of ID and password management company Dashlane has a serious point in highlighting poor password practice.

"The nature of online security has changed dramatically. Five to ten years ago, cybersecurity was about protecting devices with anti-virus software. Today, data isn't on our devices, but in the cloud -- and the best line of defense we have to protect this data are passwords," says Emmanuel Schalit, CEO of Dashlane. "This survey data continues to highlight an unfortunate trend -- even with breaches happening to everyone from companies and celebrities to consumers, people are continuing to engage in risky password behavior. That's why password managers, like Dashlane, are imperative for keeping online identities secure".

Among the report’s findings are that 45 percent of Americans have either trusted someone with -- or been entrusted with -- a password, with email (23 percent) and streaming services (21 percent) leading the list. People are more protective of passwords when money is at stake. The least shared passwords include those for retail accounts (14 percent), banking, investment and student loan accounts (nine percent), and insurance provider accounts (six percent).

Younger people are consistently more trusting/trusted than older ones -- 64 percent of millennials admit to sharing or receiving passwords compared to 37 percent of those aged over 35. Interestingly, married Americans are less likely to say they've trusted someone with passwords or been entrusted with one themselves, 41 percent as against 49 percent of the unmarried.

You can find out more about the survey results on the Dashlane blog.