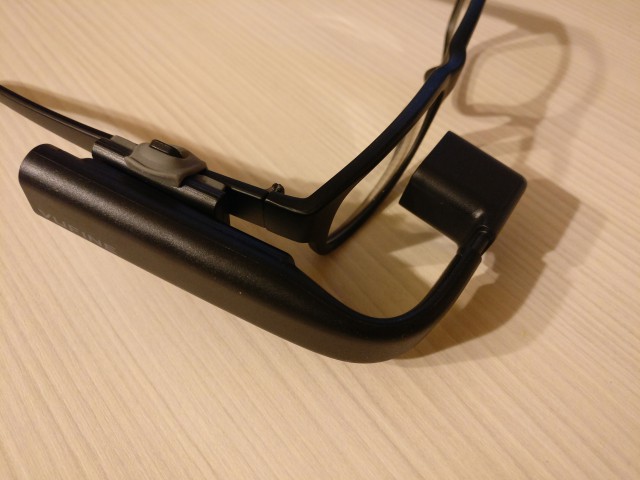 Having a small display strapped to a pair of glasses may seem like a bad idea in a post-Google Glass wearables market, but Vufine is not afraid to take chances. The company successfully launched the original Vufine on Kickstarter in 2015, and now it is at it again with an updated model. And this one is proving to be a hit as well.

It is called Vufine+ and what it does is give you a viewfinder or external display for an action camera, laptop or smartphone. There are no fancy smart features here. Instead, you can mirror what's on your device's screen or watch what you are recording with your camera. It sounds simple, and that is because it is. So, what's it like to use?

The Vufine+ is equipped with a micro HDMI port, and you can use the provided cable to hook it up to your devices. Mind you, you may need a dongle as well, as the cable in the box has a standard HDMI connector at the other end. Two are supplied in the box.

So, now that you have a connection between the Vufine+ and your device, what do you have to do next? Simple: just power on the wearable and you are set.

You should take a look at this list to learn more about compatibility. In case of newer devices, with USB Type-C, you will definitely need a different dongle, while others do not support HDMI mirroring at all. 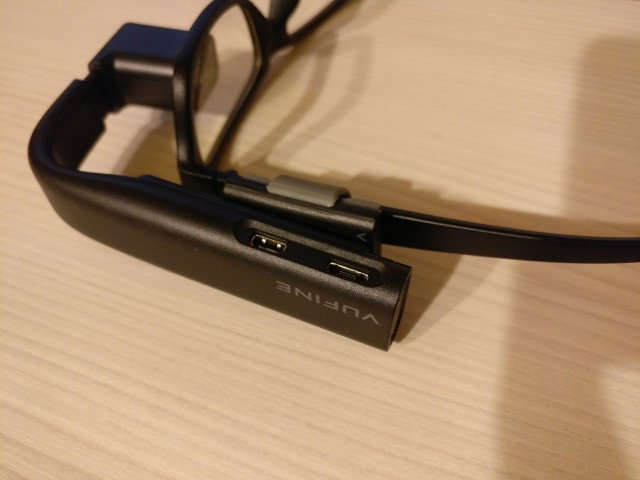 Next, where do you put it? Vufine designed the wearable so that it can be attached to a pair of glasses, and to make things easy it has provided a pair of non-prescription glasses and two mounts for it. One is meant for wire frames and the other for thicker frames. I've tested the Vufine+ with the latter, which attaches to the frame using a rubber band, and it works well.

The only negative here is that there's still a cable between your Vufine+ (your glasses, basically) and the device you want to use it with. The cable itself is thin and shouldn't cause any major discomfort though and, if I am being realistic, it is hard to make such a device to work well both with smart devices -- like smartphones and laptops -- and basic ones, like action cameras. Something has to give.

There's something else worth mentioning here too. The base that the Vufine+ attaches to lets the device pivot so that you can have it sit higher or lower in front of your eyes, and the wearable is designed so that you can move the display horizontally, so that you can center it based on where your eye is in relation to the frame. To move it further or closer to the lens you simply slide the mount forward or backwards on the frame.

The way that the Vufine+ is designed, more specifically where its micro HDMI port sits, you have to use it on the right frame, otherwise the cable will be plugged in to the top. It is not impossible to use it as such, but you will have to make certain adjustments for the cable -- not to mention that the output will have to be reversed in the software, if that is possible in your case.

Once you are using the Vufine+ you will have to get used to the fact that there's a small display right in front of your right eye. In my case, I also have to look at it with my left eye closed, otherwise my sight doesn't focus on the display but rather things farther ahead. With that in mind, how does it look? 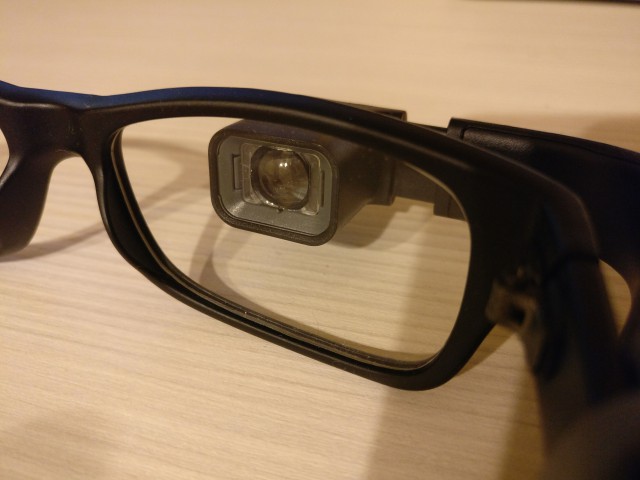 Well, first I should note that you can choose from one of three views using the power button at the back. The LCOS qHD display (which has a resolution of 960 by 540) lets you see things in its native aspect ratio, with a 77 percent larger portrait mode or with a 33 percent larger landscape mode.

I have used all three, mainly with a Windows laptop, and I have to say that it works just fine. After getting used to what it can display best -- because, let's face it, you will not read books on it, but rather watch things -- I can see how it may be useful in many of the scenarios Vufine+ is designed to work.

An important part of the user experience is how much you will be able to use it for, and Vufine claims that it should last around 90 minutes. I think that an hour and a half of use is more than enough -- in case you need to charge it you can always hook it up to an external battery or wall adaptor using a microUSB cable.

Who Is the Vufine+ For?

This is not a device for the average consumer, but rather a specialized tool that, as its maker admits, will meet the needs of certain professionals, enthusiasts and early adopters. If you want to see what your action camera is recording, the Vufine+ is for you. If you want to walk around with it thinking it is a cheaper alternative to a Google Glass or good for surfing websites, you better look elsewhere.

And, judging by its Kickstarter campaign, the Vufine+ seems to have found its niche. At the time of writing this article, it has exceeded its funding goal by nearly 50 percent, with the super early bird and early bird rewards sold out. And this brings me to my next, and final, point.

Should You Buy It?

If you are looking for a wearable display like Vufine+ and can afford to shell out $199 for one (unless you are willing to back the project on Kickstarter, which lets you grab one for $179 at the time of writing this article), then this is a no-brainer: get it. It is not for everyone and it is not perfect either, but it does what it promises and it does it well.