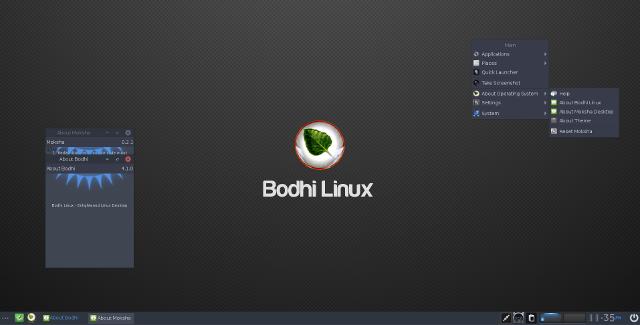 There are so many Linux distributions nowadays, that it can be hard to be excited by them. Linux Mint, for example, releases too many versions of its operating system; news of an update can become rather ho-hum. Major Linux distributions, such as Ubuntu and Fedora, remain exciting, however.

Some smaller Linux-based operating systems are still worthy of attention, however, and one such distro is Bodhi. Based on Ubuntu, the lightweight OS is very unique thanks to the Moksha desktop environment. Because of its familiarity, that DE makes Bodhi a smart choice for Windows users looking to switch to Linux. Today, Bodhi reaches version 4.1.0.

"Today I am happy to announce the first scheduled update release of the Bodhi Linux 4 branch -- Bodhi Linux 4.1.0. This release serves to package up the fixes for a few bugs that slipped through the cracks in the 4.0.0 release, as well as provided updated package sets for the install ISO images. Most notably these ISO images come with EFL 1.18.4, Linux Kernel 4.8, and a new Moksha Theme based on the 'Arc Dark' theme. Existing Bodhi 4.0.0 users already have the bug fixes incorporated into these ISO images, but they will need to manually install the newer kernel and theme if they wish to utilize them," says Jeff Hoogland, Bodhi Linux. 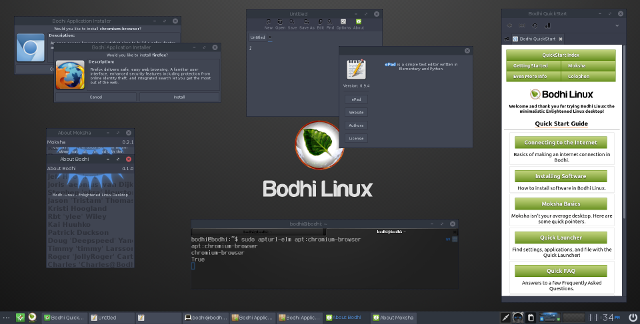 While this update isn't chock full of major changes, the bug fixes alone are worth the upgrade. The new theme might only be superficial, but I think it looks quite sharp.

If you are ready to download it, Hoogland shares the following links. For most modern computers, you will want to opt for the 64-bit variant. If you aren't sure which ISO to download, you can read more here.