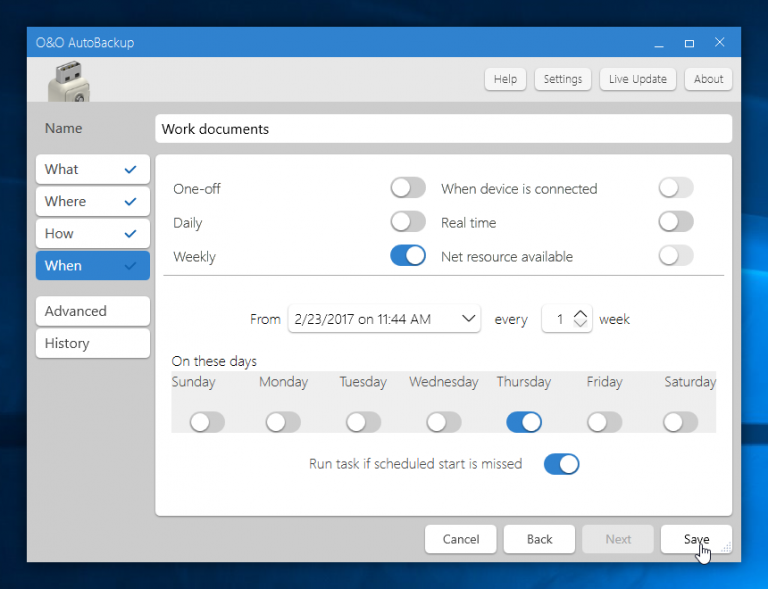 O&O Software GmbH has unveiled O&O AutoBackup 6.0, a major new version of its file-based backup and sync tool for Windows.

O&O AutoBackup opens with yet another user interface redesign, this one focused on changing the structure to make O&O AutoBackup even easier to use and navigate. The program opens a blank window with a single + button, which launches the New Job wizard answering basic questions, "What?", "Where?", "How?" and "When?"

Its major new feature sees a new Advanced Job Management function, which has been integrated from sister title, O&O DiskImage. This is accessible by clicking "Advanced" when creating a new job.

From here, users can modify the structure of the destination directory where data is saved or synced to, plus add pre- and post-processing batch commands.

O&O AutoBackup 6 also adds the option of automatically running missed scheduled tasks if the PC is switched off when the job was originally due to be run. Users simply need to flick the "Run task if scheduled start is missed" switch on the "When?" tab.

O&O AutoBackup 6.0 is available as a free 30-day trial download for PCs running Windows Vista or later. Prices start from $29.95 for a single-user license.