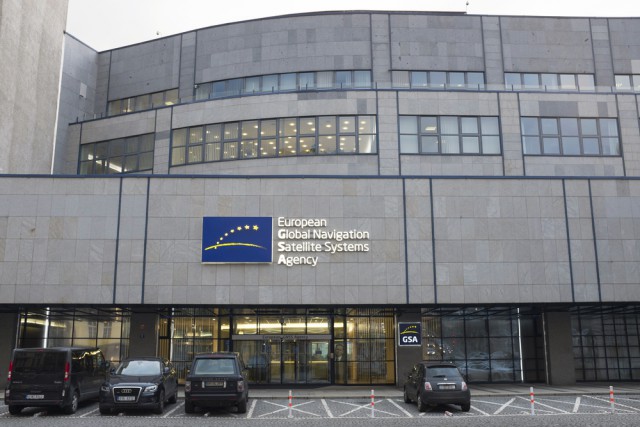 We often hear people say that GPS is ubiquitous, but it is hard to comprehend how without first understanding how GPS technology has evolved and the innovation that is driving applications to make use of GPS derived data.

The advent of multi-constellation has been and will continue to be a significant driver in the uptake of GNSS (Europe’s Galileo constellation has finally arrived, starting to offer Early Operational Capability in December 2016). However, the main reasons behind the commoditization of GNSS include several technological evolutions.

1. Improved design for use in consumer electronics

Early GPS devices were bulky and heavy, used lots of power (battery life was woefully short), the user interface was difficult to master for a non-GPS expert and they were very expensive. Today, GPS receivers are embedded in mobile phones, wearables, watches, cameras and a myriad of other consumer devices -- and many GPS devices today are so cheap that they are practically a commodity. From being very rare and used solely by the military, we have transitioned to a point where, according to the European GNSS Agency (GSA) Market Report 2015, there are over four billion GNSS enabled devices in use today.

The commoditization of GNSS devices is certainly worth thinking about. When the General Light House Authority (GLA) undertook live GPS jamming trials in the North Sea in 2010, the aim of the project was to see what the effects of low cost GPS jammers might be on a ship’s GPS system.  However, as the trials progressed, the STAVOG project found that other systems on the ship were affected by the low powered GPS jammer -- systems that should have been available as a backup, such as the radar system. What the project found was that GPS devices were already becoming embedded in other systems, primarily for use as a cheap source of precise timing data.

In the early days of GPS devices, the Radio Frequency sections of the circuitry were challenging to engineers. Common issues stemmed from the size of the receiver antenna that could deal with the Right Hand Circular polarization of GPS signals and the analogue to digital conversion. There would often be a large team of RF development engineers in the laboratories working with a small team of software developers. That started to change in the late 1990s as software engineers found innovative ways to process GPS signals in the front end of GPS receivers. The analogue portion of GPS receivers shrunk dramatically as engineers were able to process digital intermediate frequency and develop more efficient and capable baseband algorithms.

This revolution in digital signal processing has led to GPS receivers that are mainly software defined, and the efforts to reduce the size of critical RF components decreased as many of the RF components were eliminated altogether. More efficient DSP algorithms and techniques also made it possible to start designing receivers with more channels, and these techniques have led to devices that are capable of receiving multi-constellation, multi-frequency signals. The removal of these bulky components also contributed greatly to a reduction in both size and power consumption.

Around 2004, the first single chip GPS devices appeared on the market; from that point on, the uptake of GPS devices increased substantially. For the first time it was possible to embed GPS devices into consumer electronics.

Whilst the miniaturization of GPS devices has been revolutionary, politics have also played a major role in accelerating the uptake of GPS devices. If the US Government had continued with Selective Availability -- deliberate errors introduced for non-military users -- the uptake rate of GPS would not have accelerated so dramatically when the first single chip solutions appeared on the market. But the US, realizing the potential in GPS to stimulate significant economic growth, turned off the selective availability in 2000.

The Internet of Things is a revolution in itself. Billions of potentially connected devices, with many needing precise positioning and timing information in order to operate effectively, stimulating another near invisible revolution: GNSS devices are now being embedded into products and systems without the end-user being aware that they are there -- at least until a problem is encountered.

Another well-publicized driver affecting the increased use of GPS is a push towards autonomous systems for transport (road, maritime, rail and air). Not only is precise position information required to provide accurate location information to complex sensor fusion systems, there is also an increase in information technology based solutions that require a precise time baseline for times-tamping of transactions. In such a high-stakes industry a failure in either of these functions could prove to be catastrophic.

The dangers of ubiquity

The commoditisation of GNSS means that testing is a more complex area than it ever has been. The wide range of functions, the complexity of dependent systems, and the critical nature of some of the applications both complicates and necessitates thorough testing. Failing to thoroughly assess and optimize GNSS functionality can result in failures ranging from a smart phone not registering its location to entire network infrastructures ceasing to function.

For example, in January 2016 many GPS users experienced significant issues. A timing error of either 13 or 13.7 microseconds (both were reported) was introduced during the decommissioning of a GPS satellite. Some receivers were unaffected, as they were able to flag the incorrect timing data as being months out of date and disregard it. Those that were affected included those used in a UK DAB radio network, and the error caused the network to stop working altogether. Failure to test the effects of a satellite segment error had contributed to a negative business impact.

Regardless, the future of GNSS is bright and exciting. New applications that rely on the global precise positioning and timing services provided by GNSS are being developed rapidly, and user expectations and behavior are changing as a result. Though there will be other systems and sensors that can provide time and position data, the global nature of GNSS and the new constellations emerging to complement GNSS mean that we will all be using it for the foreseeable future.

Guy Buesnel is the product manager at Spirent with a focus on GNSS vulnerabilities. He has over 16 years of experience working on robust and resilient position navigation and timing.