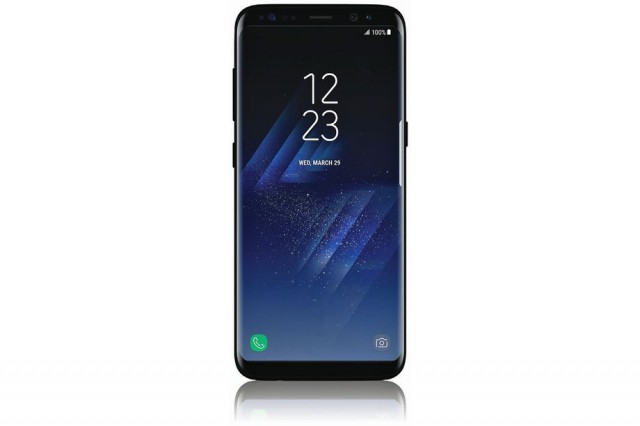 Stupidly long. That’s my first reaction to the Galaxy S8.

Yes, Samsung’s new flagship has lots of screen real-estate -- the byproduct of removing the iconic "pill" button that has adorned every one of the South Korean phone maker’s wares since the beginning of time. However, the awkward, 18-by-9 screen ratio has me pining for one of those cool future phablets you see on SyFy’s "The Expanse" series. Hey, smartphone gods: I want more horizontal space, not an even longer version of an already too-narrow interface!

I also can’t help but wonder about the long-term ergonomics of the design. My own Galaxy S7 is already so tall that it feels ready to topple out of my hand at any moment. Make it longer and it’ll be destined for a close encounter with a urinal mint (and IP68 be damned, that puppy is going straight to the trash bin after such an incident).

Of course, losing the physical home button also means relocating the fingerprint sensor. Like my colleague Mihăiță Bamburic, I’ve grown accustomed to accessing my phone while it’s sitting flat on my desk. Having to pick-up the Galaxy S8 just to unlock it seems like a step backwards (as does having to hover over it to use the iris scanner). And don’t get me started on the location of the fingerprint sensor! The thought of missing that unique moment in my kids’ lives because I was busy wiping the smudges off the camera lens is a real deal-breaker.

But what about 5G? Like I said when 4G first hit the market, until they give you truly unlimited data there’s simply no point in going faster. You’ll just burn through your plan that much more quickly. Anyone who’s tried to reign-in the data usage of a couple of media-happy teens knows exactly what I’m talking about. "Yay! I can download an HD video in seconds! Boo! I just blew through my 5G plan in under a minute!"

Did you really need to watch that adorable cat video in 4K? And do you really want to be riding this close to the smartphone bleeding edge? Yes, somebody must push those boundaries. And kudos to Samsung for once again advancing the state of the mobile art. But I’m not even close to dissatisfied with my Galaxy S7 or the excellent 4G coverage I get whenever I visit my condo in South Florida. And I’ve got a feeling I’m not alone in my sentiments.