Windows 10 is failing us 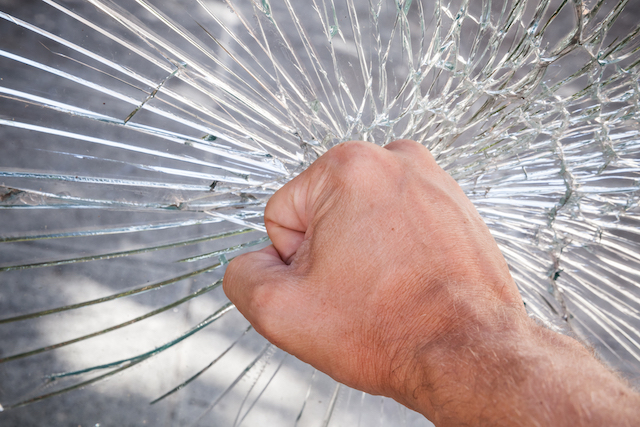 While Windows 10 is arguably successful from a market share perspective, it is still failing in one big way -- the user experience. Windows 8.x was an absolute disaster, and Microsoft's latest is certainly better than that, but it is still not an enjoyable experience. Quite frankly, the people clutching to Windows 7 aren't so crazy.

The most glaring issue is the privacy aspect, or lack thereof. Look, telemetry is a good thing for the development of the operating system, but users shouldn't be forced to participate. Hell, I don't even totally mind if it is opt out rather than opt in. But if a user wants to remove their computer entirely, that should be their right.

Even the third-party solutions that aim to turn this spying off aren't 100-percent successful. Unless you unplug from the internet entirely, you can't stop Windows from phoning home to Microsoft. This is a shame, as some consumers are being made to feel violated when using their own computer.

Another issue that I can't believe hasn't been resolved is having two locations for system settings. Seriously, Microsoft? We still have "Settings" and "Control Panel" in 2017? These need to be merged ASAP, but it has been entirely neglected for years. From a user interface perspective, it is a massive fail.

Live Tiles are still worthless, and it is time for Microsoft to kill them. Nobody opens an app launcher and stares at the icons for information. It is distracting and pointless. If I want the weather, I'll open a weather app and see it -- not stare at the icon for the information. It sort of made sense in the Windows 8.x era since you were presented with a full screen of app icons more often, but with a more traditional start-button design in Windows 10, it is time to retire it.

Microsoft doesn't force you to use Edge and Bing entirely, but it still does force you. Cortana is a hot mess, but if you opt to use her, she will only open things in Edge. Searches are Bing-only. In other words, the virtual assistant ignores your default browser settings. Why? Not for the user's benefit.

Sadly, the Windows Store is a garbage dump -- many of the "legit" apps are total trash. Not to mention, the store itself is still littered with misleading apps making a search a frustrating experience. Heck, we run a weekly article highlighting the best apps on the store and it is largely a collection of things no one wants -- sad, but true.

What makes the terrible Windows Store even worse is that Microsoft is now pushing a version of its operating system called Windows 10 S that only runs apps from it. Quite frankly, being forced to run this "S" variant of the OS will feel like being in prison -- and you have to pay for the privilege!

Microsoft tried this store-only approach before with Windows RT, which failed spectacularly, but the company apparently didn't learn its lesson. Sigh. At least Windows 10 S users can upgrade to Windows 10 Pro for free until the end of 2017.

Don't get me wrong, I actually like the idea of limiting the user to apps from the Windows Store in theory, but only if the apps found there are worthwhile. Apple can get away with this on iOS because the software found there is excellent. With Microsoft, not so much...

While the Windows Insiders program is optional, it has long outstayed its welcome. By having a large segment of Windows 10 users on pre-release versions, it is causing a fragmented user experience. You have many users in the wild with features that aren't found on the machines of others. Even the twice-annual stable releases are one too many.

Let's be honest, these Insiders are being used for free beta testing and kept in an infinite state of instability. At some point, Microsoft needs to retire the Windows Insiders program entirely or at the very least, restrict the numbers of members allowed to participate. It is starting to feel like Windows 10 is becoming a perpetual beta release, much like Google's offerings.

With all of that said, you might think I hate Windows 10. Actually, that isn't true. I'll confess, it's not my favorite desktop operating system -- I much prefer macOS and Fedora for daily use -- but I still use it regularly on my gaming rig.

Windows 10 is certainly not a lost cause -- the foundation is solid, and Microsoft has a lot of smart people working for it that can turn it around. Before the company tries to add new features (and misses deadlines) like Timeline and Cloud Clipboard, it should focus more on improving the existing user experience. Right now it is failing us and things are not getting better.

774 Responses to Windows 10 is failing us