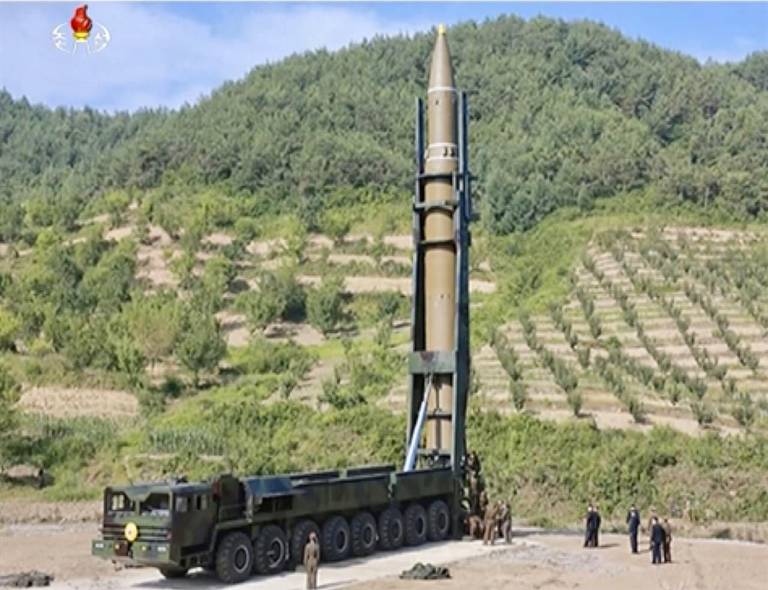 We’re just a blind man and an 11 year-old boy, but Fallon and I have been learning a lot about North Korean ballistic missiles and the news is sobering for a world already in crisis. Not only does North Korea have missiles capable of reaching the U.S. mainland, that has been a well known fact in intelligence circles (not just at our house) since early 2016. The North Koreans probably have a 10-20 kiloton nuclear device of deliverable size and even if they don’t it’s easy to send a dirty bomb instead. Our capability for monitoring such activity from space isn’t as good as we’d like or even as good as we already claim. Oh, and we have a reckless President who likes to make threats and might see war as a useful distraction at this point in his Presidency.

Yes, there was an impressive North Korean ICBM test last Friday but the news that has been flying overhead since February 2016 comes in the form of two North Korean satellites, each weighing approximately 100 kg. The rockets that launched those satellites were based on an ICBM. They add a third stage to reach orbit. The weight of that third stage and the 100 kg satellite is likely the same or more than the reputed 500 kg North Korean warhead that would be normally delivered by a two-stage ICBM. So the evidence has been with us for more than a year, which suggests that U.S. estimates that North Korea was a decade away from such capability were most likely diplomatic bluster.

There have been several reports that North Korea has a 500 kg nuclear device that would fit on its ICBM. Maybe they do, maybe they don’t, but the truth is that it probably doesn’t matter under the current circumstances. This Nagasaki-scale device, if it exists, would be capable of taking the heart out of a pretty big city. But North Korea could build, say, a 300 kg dirty bomb -- a conventional explosive in a radioactive casing intended to kill people through radiation exposure and fallout. Such a dirty bomb could also take out the heart of a city, doing comparable damage to lives, if not to infrastructure.

North Korea is reputed to have at most 20 nukes, but they could build dirty bombs in far greater numbers. And by making them weigh less (say 300 kg instead of 500 kg) they could hit deeper into the U.S. mainland. 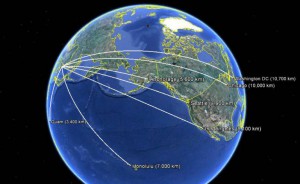 The North Korean ICBMs have mobile launchers (made in China!) so they can be dispersed around the country. Let’s say between real nukes, dirty bombs, and conventional explosive decoys there are eventually 100 ICBMs in more or less continuous motion on North Korean roads. What are the chances that all 100 devices could be neutralized with cruise missiles or some other advanced U.S. weapons? A few would avoid detection or intervention and the anti-missile batteries in South Korea and Japan might miss some or be simply overwhelmed by numbers.

Three weeks ago there was a New York Times story that explained pretty well the difficulties involved in detecting and killing such mobile ICBMs. That wasn’t fake news. But it also wasn’t completely correct. The very hopeful idea that cubesats will shortly be using radar to detect mobile launchers is just plain wrong according to experts I know who tell me that Capella Space is unlikely to launch their first radar cubesat this year (the first launch was originally scheduled for 2016) and has no viable plan for the hourly observations required for the system to be effective.

There will always be readers who prefer shared ignorance to knowledge. They’ll say I’m wrong or that I shouldn’t be sharing these conclusions for reasons of national security. But if a blind man and an 11 year-old boy can figure this out, how many intelligence agencies and nations are still in the dark? None of them. If Fallon and I can Google our way to these conclusions so can anyone else.

The 38 North website brings us an analysis of last Friday’s launch that says North Korea may know how to launch an ICBM but that doesn’t mean they can hit a target, since Friday’s device seems to have come apart in the air shortly before landing in the sea according to analysis of NHK weather camera footage that happened to catch the last seconds of the flight. This report feels false to Fallon and me. It’s not that the payload didn’t disintegrate (that may well have been the case) but it doesn’t follow from this that North Korea can’t put an intact warhead near the target.

In order to demonstrate its missile capability without hitting Japan or any other country, the parabolic trajectory in Friday’s test was very high, reaching 1741 miles above the Earth. At that point the missile and its presumed dummy warhead headed back to Earth, accelerating with gravity in a vacuum to a speed far greater than they would ever reach on the way to a military target. ICBMs coast most of their way to the target, which means they are decelerating from rocket flameout on a much shallower arc until the final pitch-down acceleration which takes place about 750 miles above the Earth. This apples-and-oranges comparison proves the ICBM had enough performance to reach the U.S. mainland but says nothing at all meaningful about its reentry heat shielding capability.

Which brings us to policy implications and both diplomatic and military options. North Korea has plausible strike capability. No military defense is 100 percent effective. If the situation comes down to a North Korean attack at least one of those ICBMs is likely to sneak through, which is one more than any American President will tolerate. So we have not just a crisis, but a crisis that is almost assured to lead to some kind of military engagement.

President Trump is said to have asked his intelligence briefers during the campaign why America would have nuclear weapons and not use them? I am not making this up. We can hope he is better informed today, but I think we can generally say the President is not above occasional back-sliding and rash behavior.

Maybe he’ll conduct a preemptive strike, sending cruise missiles against likely launcher locations. He won’t get them all and to think that North Korea will be cowed by such a show of force is naive. More likely, once the cruise missiles start hitting their targets, they’ll just launch the remaining ICBMs toward the USA.

There has to be a better solution. What are your ideas?