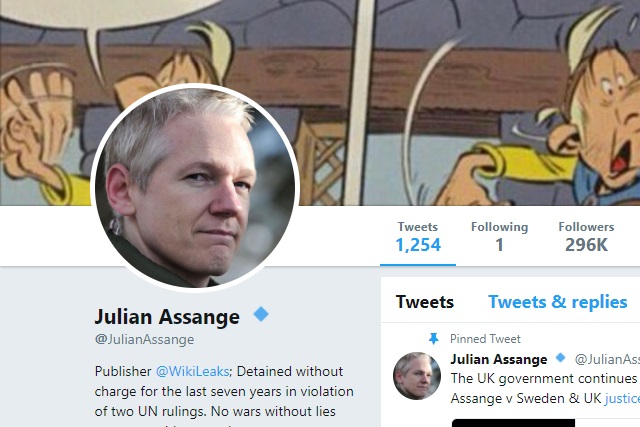 Julian Assange has reached out to James Damore, the software engineer fired by Google for publishing an "anti-diversity manifesto." The WikiLeaks founder used his Twitter account (currently sporting a fake "verified" badge) to offer him a job.

Linking to an article entitled "Google Is Not What It Seems" about his book When Google Met Wikileaks, Assange said: "Censorship is for losers. @WikiLeaks is offering a job to fired Google engineer James Damore."

As well as the offer of a job for Damore, Assange criticized Google for what he sees as censorship, suggesting that employees should not be fired for "politely expressing ideas." The response on Twitter was not particularly positive, with many people calling out Assange for his definition of censorship and calling for him to vacate the Ecuadorian embassy where he remains holed up.

1/ Censorship is for losers. @WikiLeaks is offering a job to fired Google engineer James Damore. https://t.co/tmrflE72p3

2/ Women & men deserve respect. That includes not firing them for politely expressing ideas but rather arguing back: https://t.co/Gg5qPH0lcN

5/ "Shut up and think" while the taboo of the day may change the fate of workers under cognitive capitalism remains the same #JamesDamore pic.twitter.com/RtIB5ZJHMS

With no details given of what the job offer entails, the Twitter rant seems more like an excuse for Assange to revisit a favorite topic of his and sound off at the expense of Google. As for Damore -- from whom little has been heard -- the chances are he will not be short of job offers.

34 Responses to 'Censorship is for losers': WikiLeaks offers fired Google engineer a job