A nanotechnology overnight sensation 30 years in the making! 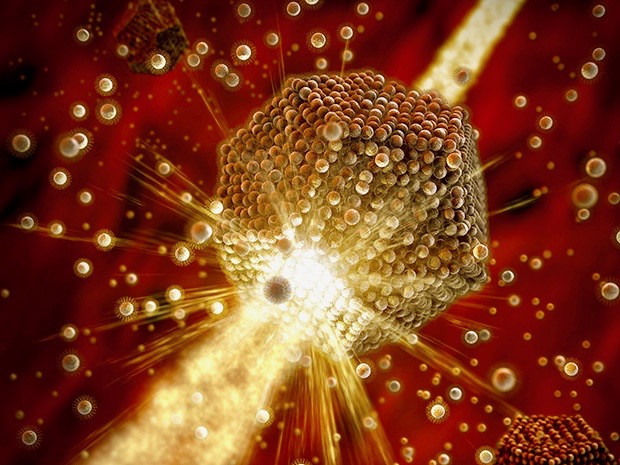 One of my favorite mad scientists sent me a link recently to a very important IEEE paper from Stanford. Scientists at the Stanford Linear Accelerator Center (SLAC) have managed to observe in real time the growth of nanocrystalline superlattices and report that they can grow impressively in only a few seconds rather than the days or weeks they were formerly thought to take. What this means for you and me is future manufacturing on an atomic scale with whole new types of materials we can’t even imagine today.

What’s strange about this is not that these developments are happening but that they took so long to be discovered because my mad scientist has been telling me for over a decade that it was coming.

You see the effect just noticed by SLAC was first observed in the late 1980s by Soviet scientists coating optics for spy satellites. The main scientist involved then is no longer alive but his work lives quietly on and my somewhat smug buddy has been using it to build sheets of cheap graphene in his microwave oven ever since.

No, I don’t know why my friend hasn’t chosen to exploit this commercially but I swear he first mentioned it to me at least a decade ago and maybe longer. He’s been waiting decades for someone else to figure it out.

What’s important now is that this effect is real and will allow vast quantities of nano materials to be quickly manufactured. In his graphene experiment, which involved vacuum deposition controlled by an audio oscillator, my friend could lay down billions of precisely positioned carbon atoms per second.

This means a major change in the way we’ll actually use nano materials. When I first wrote about nano technology in the early 1990s we were talking mainly about tiny machines that would eat cholesterol plaque out of your arteries. Another possibility I wrote about was using little machines in an elemental aqueous soup to toil away eventually producing a replica 1957 Studebaker Gold Hawk complete with a full tank of gasoline. This was totally possible but an expert at the time warned me the actual additive manufacturing process for the car would probably take at least a thousand years.

But now the future is a lot closer and it looks more like we’ll be building things pretty much the old way but from superior (absolutely perfect) materials. Imagine practical room temperature superconductors because they are coming.

Here’s what my friend predicts for 2027:

Remember you heard it here third!

2 Responses to A nanotechnology overnight sensation 30 years in the making!